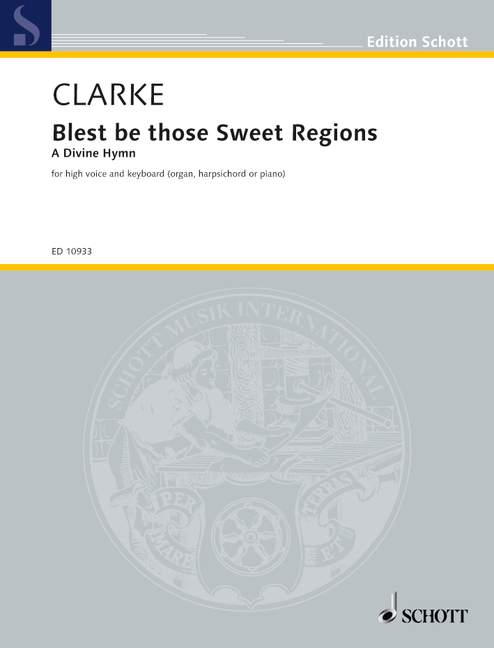 Blest be those Sweet Regions, A Divine Hymn, voice and keyboard instrument (organ, harpsichord or piano)

Blest be those Sweet Regions, A Divine Hymn

This song by Jeremiah Clarke first appeared in print in 1700, together with a song by William Croft, under the title: Two Divine Hymns, a supplement to the Second Book of Harmonia Sacra. Both these Divine Hymns were incorporated into the second book of Henry Playford's 'Harmonia Sacra' in its subsequent reprints.Maurice Bevan (London, 1965)