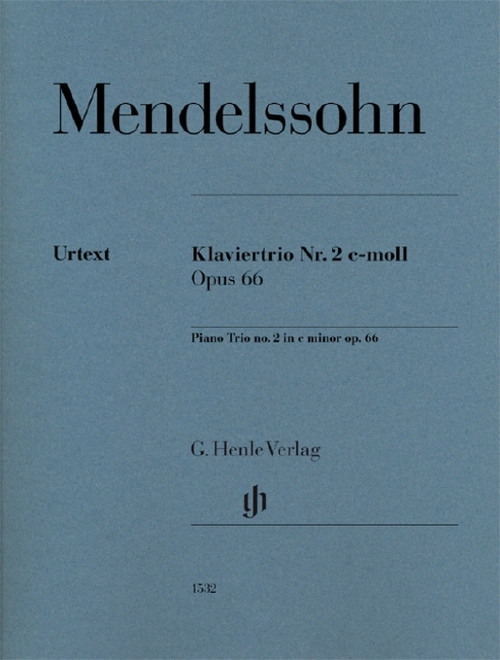 After the great success of his first Piano Trio in d minor op. 49, some five years passed before Mendelssohn set to work on a new composition for this formation. But then the c-minor Trio came into being in a relatively short period in March/April 1845 and was published around a year later. Much more sombre in character than the sibling work, this second trio is also considered much more difficult in terms of technique (above all in the piano part). Thus, it has always stood somewhat in the shadow of the earlier trio. However, chamber music aficionados generally regard it as the more mature and challenging work in terms of compositional technique. The trio, taken from the volume Mendelssohn · Piano Trios HN 957, is now available from Henle for the first time also as a practical single edition.