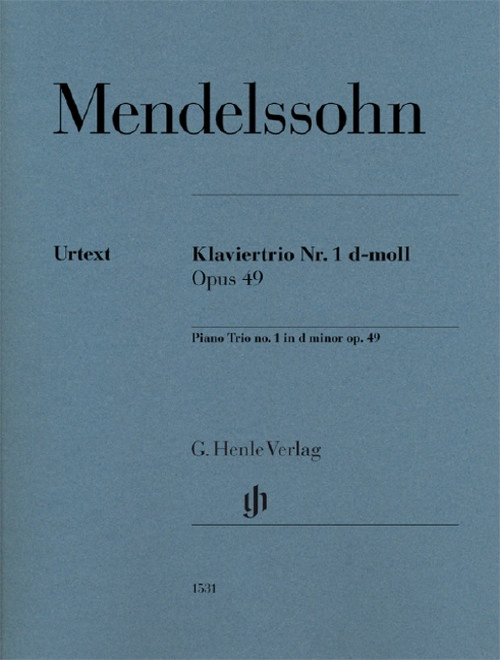 Mendelssohn is considered a self-critical composer, who repeatedly reworked a number of his pieces until he deemed them worthy to be published. The path to his first Piano Trio was particularly rocky: only after several attempts was he able to complete it in the summer of 1839; it appeared in1840 after further revisions. This perfectionism paid off, for Mendelssohn?s d minor Trio was immediately received with enthusiasm. Robert Schumann wrote: "It is the master trio of the present day, like those of Beethoven in Bb and D and that of Franz Schubert in Eb were in their time; a very beautiful composition which after years will still delight grandchildren and great-grandchildren." Which was to prove true: even today, it numbers among the most popular works in the trio repertoire in general. The trio, taken from the volume Mendelssohn · Piano Trios HN 957, is now available from Henle for the first time also as a practical single edition.