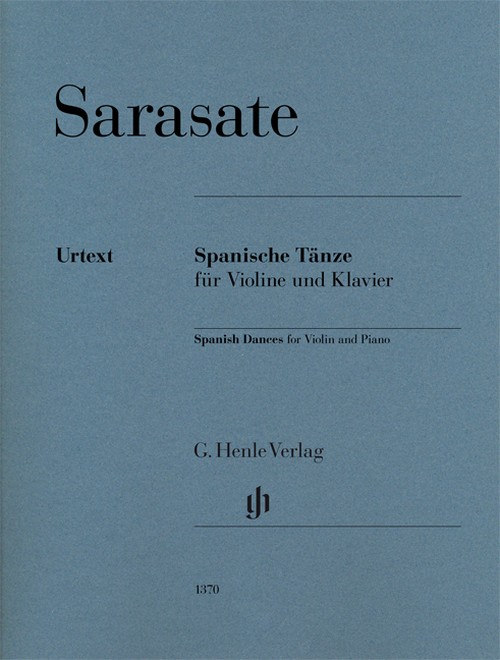 Just like many other violin virtuosos of the 19th century, Pablo de Sarasate also composed a series of pieces for violin and piano (or orchestra) for his own concert use. Highly virtuosic salon pieces with echoes of national folk music traditions from all over Europe are at the centre. Sarasate published his eight Spanish dances in four books between 1878 and 1882. They alternate between fiery passion and a yearning expressiveness, and are undoubtedly among his most successful compositions. In masterly fashion, Sarasate here mixes up Spanish folk tunes with arrangements of popular compositions of the time. As in the case of the Henle Urtext edition of Sarasate?s Zigeunerweisen (HN 573), a violin wizard of our own time is responsible for the fingerings and bowings: Ingolf Turban.