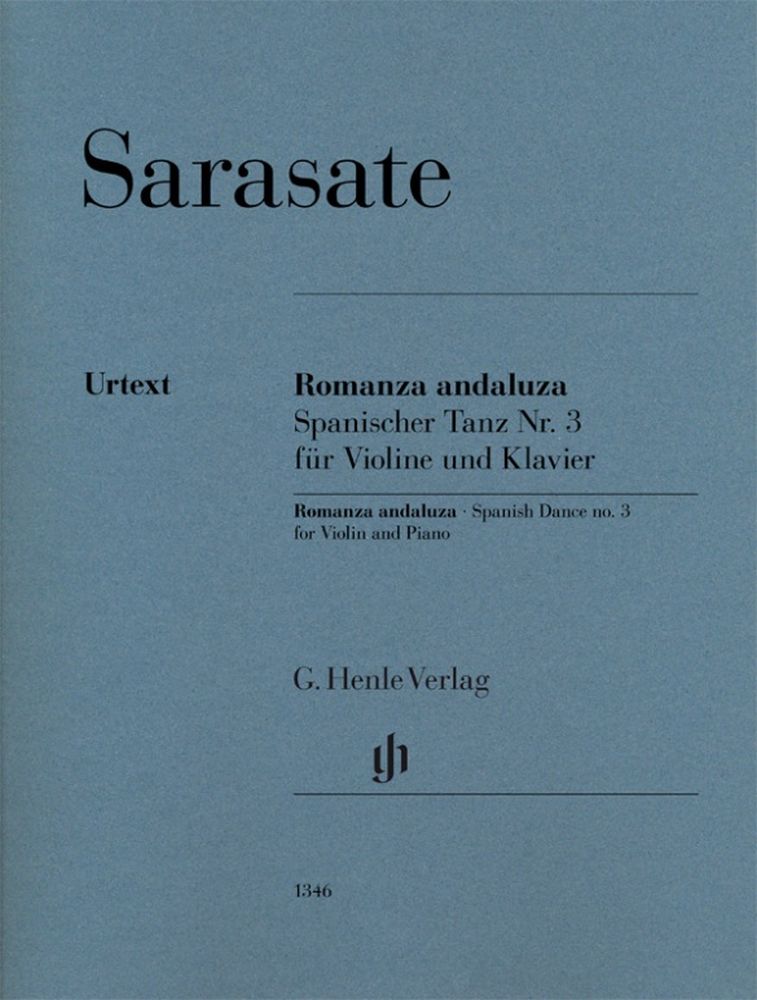 When composing his Spanish Dances (HN 1370), the composer and violin virtuoso Sarasate united existing material - folk songs and songs by well-known composers - with his own uniquely charming musical language. The two Dances op. 22, "Romanza andaluza" and "Jota Navarra", were completed in 1878 during Sarasate?s first concert tour through Scandinavia. After their initial performances, the lyrical "Romanza" soon outstripped its brilliant sister piece in popularity, and thereafter it was one of Sarasate?s compositions that he played most often himself. Since then, this piece has lost nothing of its charm, and it is now available as a stand-alone edition in the Henle catalogue.