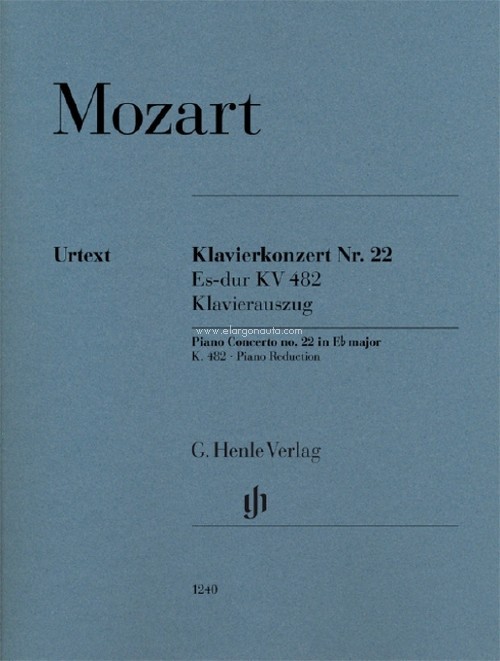 Composed at the end of 1785, Mozart?s Piano Concerto in E-flat major forms a triumvirate with the two famous concerti in A major K. 488 and in C minor K. 491, which he completed in March of the following year. What they all have in common is Mozart?s use of clarinets in the orchestra for the first time. In this he succeeded to particularly impressive effect with the lyrical passages in the slow sections of the E-flat-major concerto, which was well received by the audience at the first performance. Indeed, his father, Leopold, reports in a letter that Mozart "had to repeat" the Andante immediately. In addition to the study edition of this concerto, undeservedly overshadowed by its famous siblings, we are issuing the piano reduction, with cadenzas and fingerings by the magnificent Swiss pianist Alexander Lonquich.