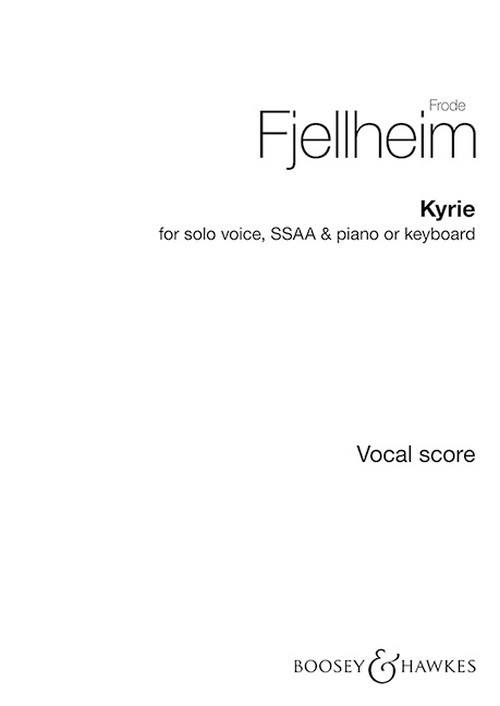 Kyrie, in the original version, was part of Fjellheim?s album called Biejjien vuelie - Solkvad. "Biejjien vuelie" menas "Yoik of the sun" in South Sámi language. Solkvad (or Sólarjólb in the original Norse language), is a poem included in the old Norse poem collection Den eldre Edda. The music on the album was inspired by both the Norse poems and the Sámi yoik tradition. The Sámi culture is mentioned on several places in the old Sagas, and indicates that the society in the Nordic countries around year 1000 was indeed multi-cultural. The poems selected from the Norse literature had a certain sacred atmosphere; that is why they were combined with elements from the Latin Mass for the album. One fine example for this combination is Kyrie. The words "Kyrie eleison" are used both in Latin and South Sámi language, with the Sámi version having another rhythm and differently stressed syllables.