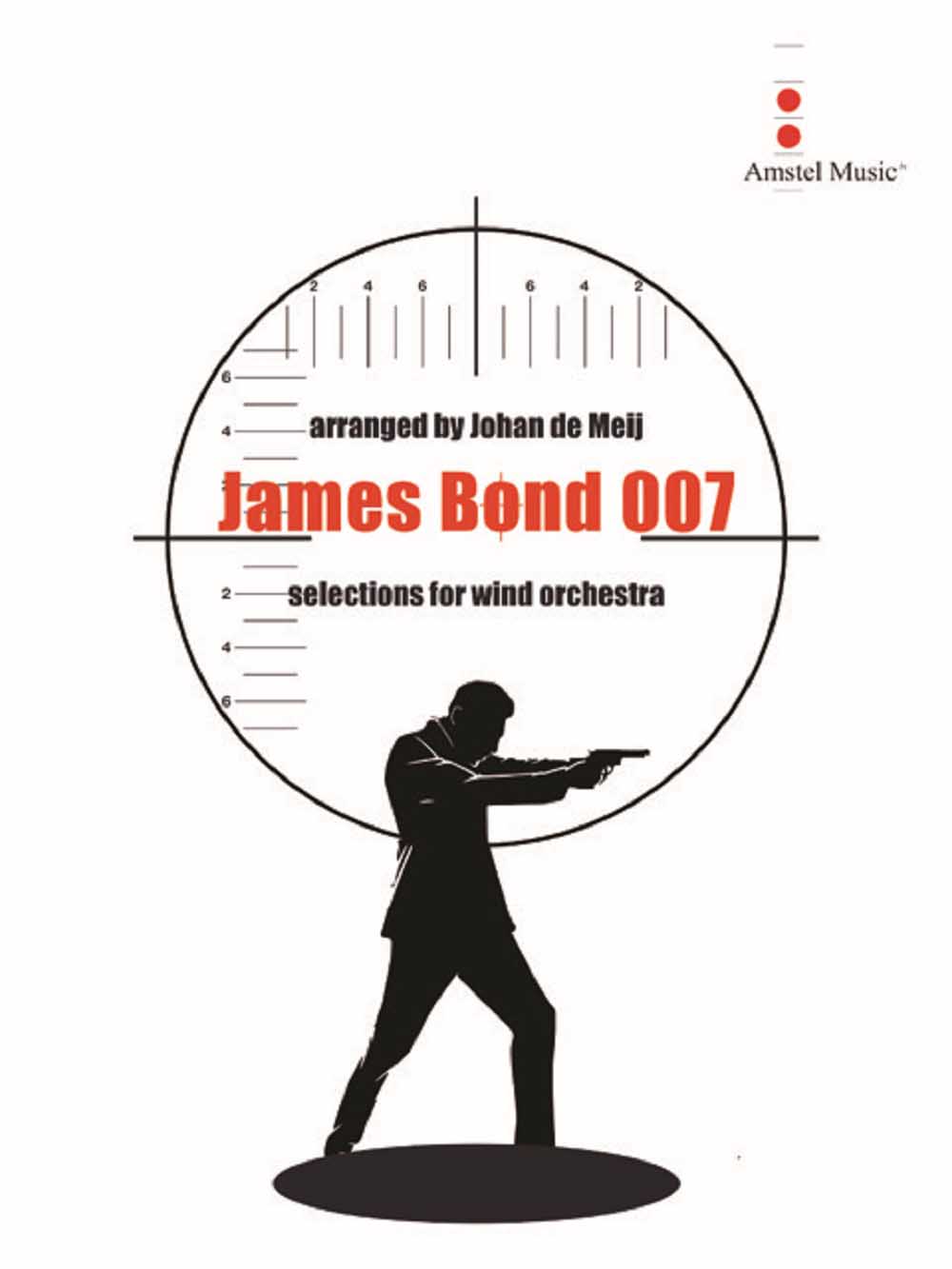 Score.
In this selection of well-known James Bond melodies, arranger Johan de Meij has availed himself of the following themes successively: All Time High (from Octopussy, Roger Moore?s last role as secret agent 007),James Bond Theme (from the film Dr. No), For your eyes only and Goldfinger (from the same movie, starring Sean Connery). The most important musical contributor to the James Bond movies has been composerJohn Barry (1933 ? 2011). Apart from the above-mentioned themes of Goldfinger and Octopussy, he has also added to his name the themes of Thunderball, From Russia with Love, Moonraker and Diamonds areForever. He also wrote the music for other famous films such as The Deep, Midnight Cowboy, Born Free and Out of Africa.