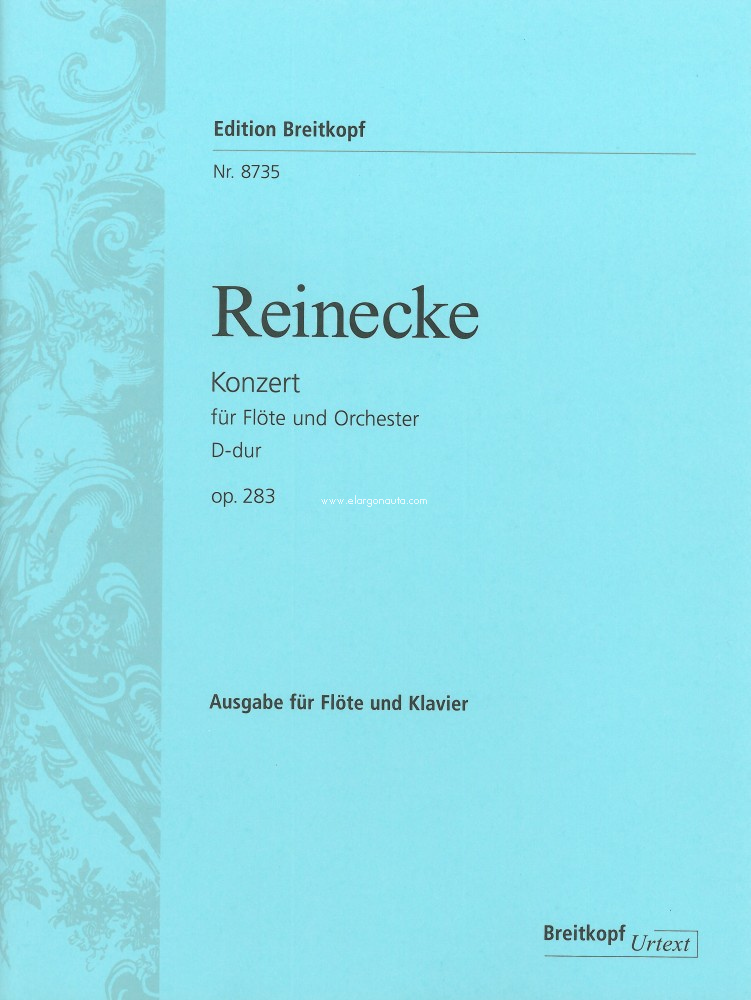 Without Carl Reinecke's D major Concerto Op. 283, the 19th century would be a white patch on the repertoire map of the "flute concerto" genre. Reinecke's work continues to assert its well-deserved place in concert life and rehearsal work. Editorial attention has now been lavished on it, and Henrik Wiese, a proficient soloist and editor, even offers two different flute parts. This is due to the fact that in the sources for the orchestral version and the chamber version ("flute and piano"), the solo part is elaborated too differently to justify a uniform reading. The edition has also been provided with a highly informative preface and a little "first edition:" the musically compelling stretta of the finale of the original version.