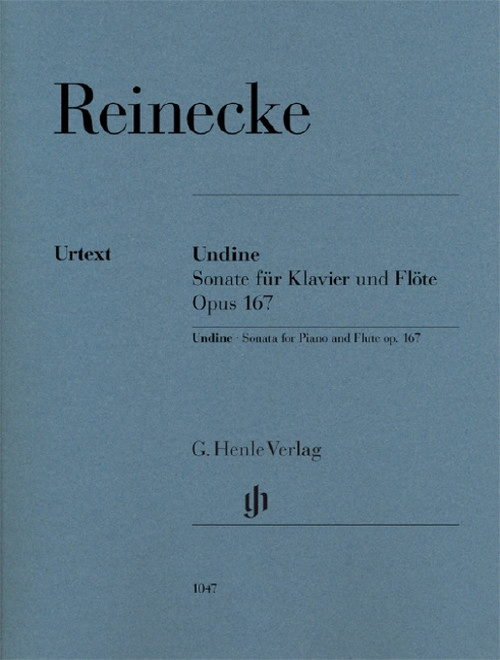 From among Reinecke?s abundant oeuvre, a very few works have from the beginning maintained their position in the concert repertoire. First and foremost among these is the Flute Sonata op. 167 with the sobriquet "Undine", composed in 1882 and inspired by the eponymous fairy tale by Friedrich de la Motte-Fouqué about the ill-fated love of a mermaid. It is not, however, meant programmatically, but rather, like Schumann?s poetic titles, as a framework of associations for this highly romantic, in places very virtuoso sonata in traditional, four-movement form. As the autograph is lost, the printed editions form the basis for the new critical edition of this sonata, which is solidly anchored in the flute repertoire and is now finally available as a Henle Urtext edition.