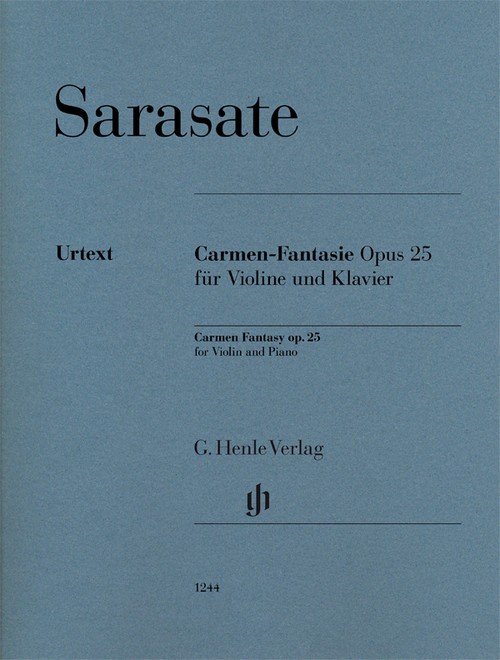 The 19th century was a heyday for arrangements of all kinds. So it was natural that the composer and violin virtuoso Sarasate should turn to this genre to expand his repertoire. He composed numerous fantasies on successful operas of the time, but pride of place undoubtedly belongs to his Carmen Fantasy. For this arrangement, composed in 1881, Sarasate deliberately chose those numbers that most clearly convey the Spanish atmosphere of the opera. Besides a version for violin and piano, Sarasate also wrote one with orchestral accompaniment. Both have since then delighted audiences and critics alike. This Henle Urtext edition is the first-ever critical edition of the work, and takes the sources for both versions into account. The solo part has been annotated by Augustin Hadelich.