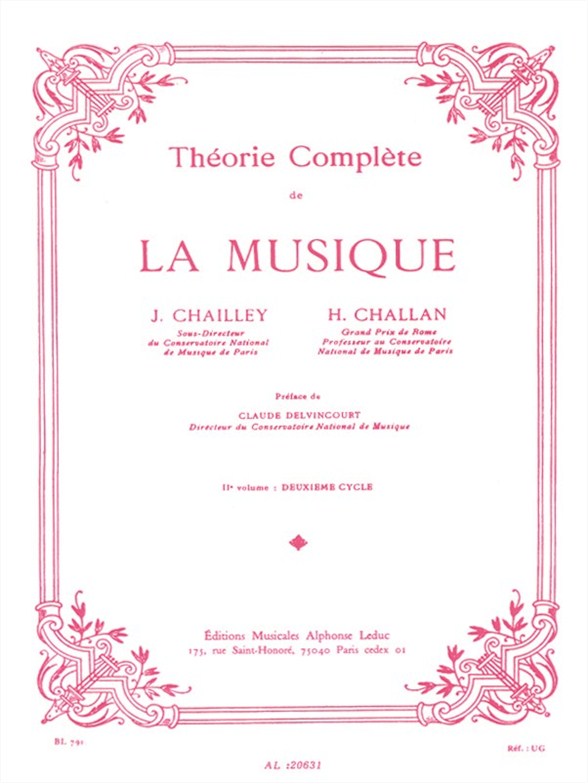 Théory Complète De La Musiqueby Jacques Chailley and Henri Challan is a really complete method for musician beginners. This second and final volume is following the first one and covers the eleven last chapters of the method.

I. Principle of chords: Consonant and Dissonant

Really focused on theory and including some exercises, this book will be a better fit for mature music beginners.

Henri Challan was a French composer and professor at the Paris Conservatoire who won the Grand Prix de Rome and who has wrote many music analysis.

Jacques Chailley was a musician and Deputy Director of the Paris Conservatoire.