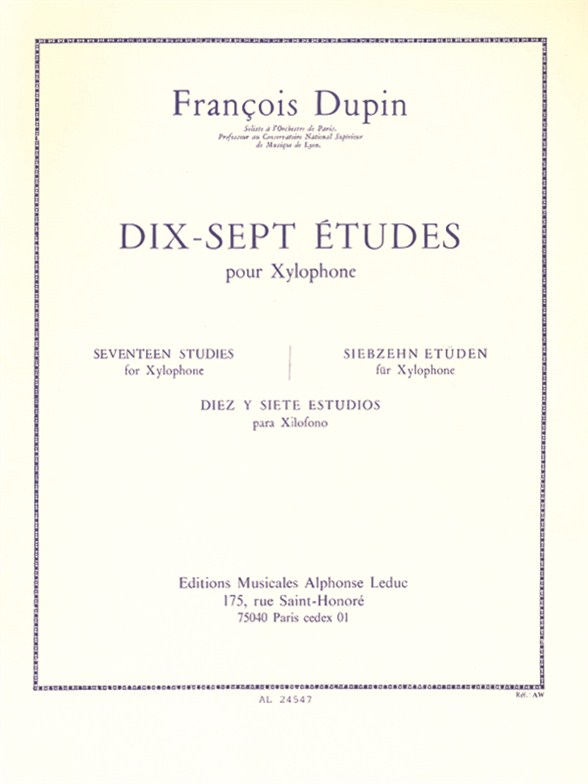 Percussionist François Dupin (1931-1994) studied at the Paris Conservatoire where he won many prizes, including first prize for composition. His professional work as a performer, composer and teacher combined produced many well-informed study books for Percussion, including Seventeen Studies for Xylophone.

Following his graduation from the Paris Conservatoire, Dupin worked with the Orchestre Philharmonique de Radio-France, and the Orchestre de Paris when it was first founded. He then went on to establish the first Percussion class at the Lyon Conservatoire where he taught until his death. It was during this time thatDupin produced Seventeen Studies for Xylophone. These studies address the difficulties which students are likely to have to overcome in their future, professional lives. Fingerings are helpfully suggested and clear instruction in French, English, German and Spanish creates a highly versatile study book. François Dupin's Seventeen Studies for Xylophone is imperative to the technical progression of all advanced Xylophone players.