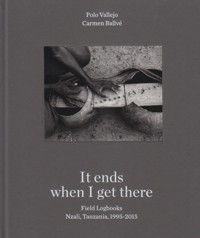 In September 1995 I arrived for the first time in Nzali, a village located in the heart of Tanzania and honre of the Wagogo. My primary aim was to listen to their beautiful vocal polyphonies in situ. The irresistible attraction 1 felt for their music soon became one of the focal points of my life. Dedicating myself to the systematic study of the Wagogo's repertoire, I recorded, transcribed and analysed it, and also described the context in which it was interpreted.
The prodigious amount of material I collected during the first years already revealed the existente of a musical treasure of an incalculable value: vocal, instrumental and dance music, associated with specific social circumstances, the most beautiful ritual and recreational repertoires, formal structures, polyphonic techniques and variation procedures all give the listening experience a sense of perpetual renewal. Everything fascinated me. I was in awe of the fact that everyone there, from children to the elderly, sang, played an instrument or danced every day. My interest in and admiration of Gogo tinture only greca, and the collecting of such rich and original materials led me to prepare and publish various projects: my doctoral thesis, a book dedicated to the musical universe of the Wagogo children, numerous audio CDs and a documentary film, in which I try to reflect the symbiosis between life and music in Nzali, as well as to demonstrate the architectural solidity of the Wagogo's musical system.
During twenty years of experiences amongst the Wagogo I wrote down a series of observations, anecdotes, conversations and reflections. Africans and Westerners do not always interpret reality in the same manner, and because of that contrast 1 had to constantly listen, observe and discover what the world around me was like. ItEnds When I Get There (the title of an entry in one of the field logbooks) derives from that experience. This is a collection of writings that reflect a Western musician's encounter with a place like no other, Nzali, where past, present and future are amalgamated in such a way that any event, insignificant as it may seem, takes on a transcendent dimension. That is why, except for the first and last ones, none of the logbooks are dated, both because it is irrelevant and because the events they relate to, could have taken place anytime.
During the last six years of my work in Nzali I had the good fortune of having Carmen Ballvé join the project. Carmen silentlyblended in with the landscape, captured everyday moments of life in Nzali with her attentive and sensitive gaze, and exalted the beauty of every scene with her photography. Each one of her portraits reveals the soul of its subject. Her imagen, besides being a testimony of the life and customs of the Wagogo, and the beauty those imagen possess per se, endow this collection of logbooks with a unique artistic value. The participation of Wagogo children and youngsters, who have illustrated their daily environment in sublime charcoal drawings, and the cooperation, complicity, caring and j oy 1 experienced on the last trips together with Cecilia and Beltrán, crown an experience overflowing with emotions.
The collaboration and ground level support of Mariam, Yohana, Yeny and Maiko, together with their respective families, and the enthusiastic participation of dear friends and esteemed professionals such as Óscar Esquivias, Rafael Eguílaz, Isabel Cienfuegos, Lamberto del Álamo and José Luis Greco, have not only brought about a brilliant culmination to this project, but have also opened a little wider the window opto the innumerable treasures - visual, musical and human - that África possesses.