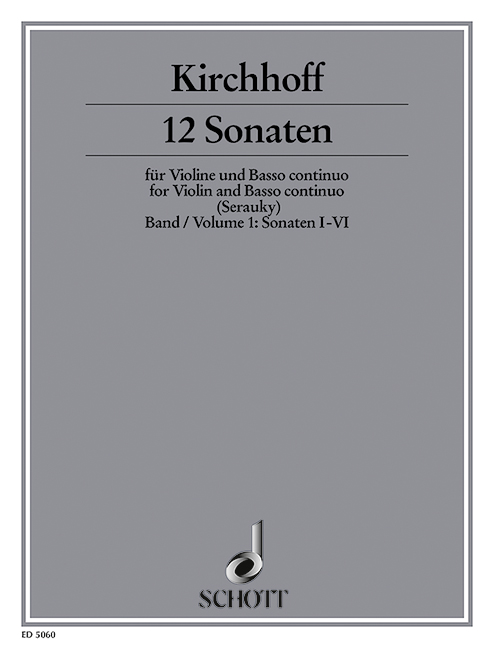 Kirchhoff was born in Mühlbeck (near Bitterfeld) in 1685 and died in Halle in 1746. He was (like Handel) a pupil of Zachov and in 1714 became Zachov?s successor as organist and Director Musices at the Marienkirche in Halle. His violin sonatas, which were praised by Leopold Mozart, are very well suited for use in teaching the violin, as they are skilfully structured around the capabilities of the instrument. Especially recommended for friends of baroque violin music.