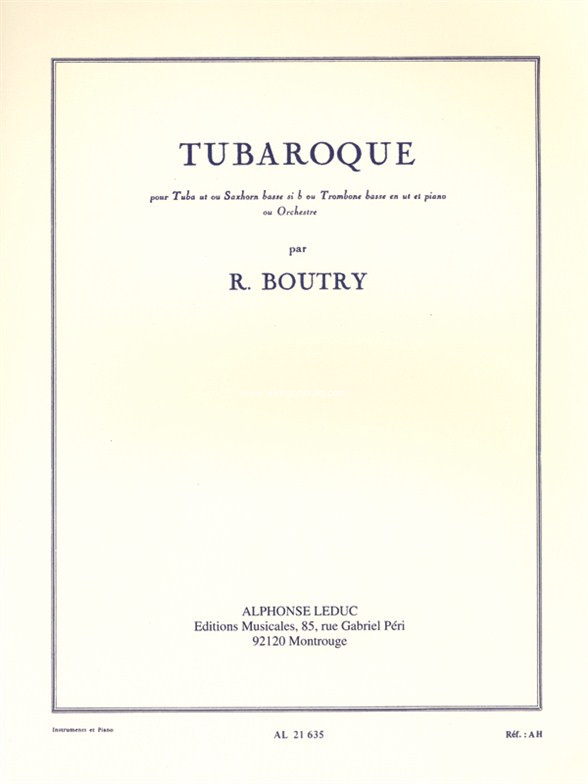 Composed by Roger Boutry, Tubaroqueis a melodious piece of baroque music for Tuba, Bb Bass Saxhorn or Bass Trombone with Piano accompaniment. Quite difficult, it would be perfect for advanced players and would work well in a concert.

Starting with a small introduction in three measures, the first part of the piece begins on a 'Slow Waltz movement' which consists of a main theme with two variations, including one played an octave lower. The second part 'Allegretto' is more lyrical and the last one 'Moderato/Allegro', starts like a march to then go back to a more melodious finale.

Roger Boutry is a Frenchmusician and contemporary composer who received eight First Prizes at the Conservatoire, including composition, conducting and Piano. He also won the Grand Prix de Rome in 1954 and some prizes by the SACEM and by the city of Paris. He also got involved as a professor of Harmony and director of Orchestras.