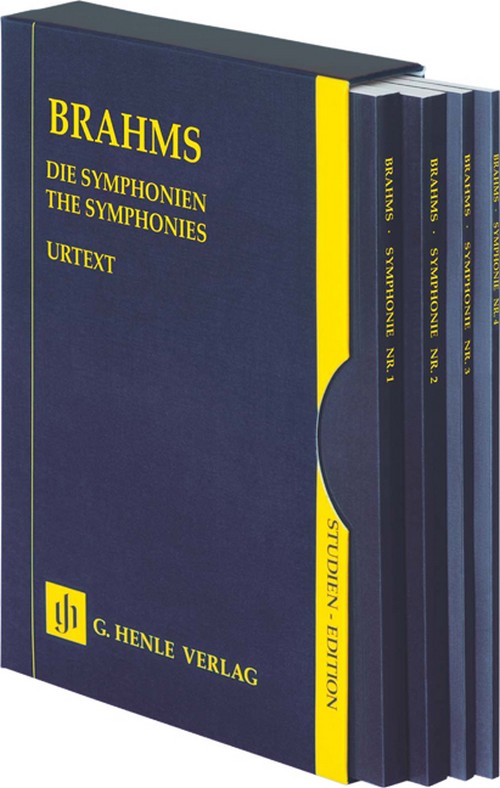 Johannes Brahms only approached the symphony genre slowly and with a great many qualms. After he had revised and rejected numerous earlier attempts, he did not introduce himself to the public as a symphonic composer until November 1876 with his Opus 68. Three further symphonies were to follow in less than ten years. Today, these four symphonies are core works in the symphonic repertoire - and at the same time are milestones documenting the progress of the Brahms Complete Edition, based in Kiel and initiated in 1996 with the First Symphony. Since then the renowned Brahms scholars Robert Pascall and Michael Struck have published all four works in the Complete Edition. We have taken this opportunity to bring together Brahms? symphonies in one reasonably priced slipcase: Research on the highest level in four convenient study scores.