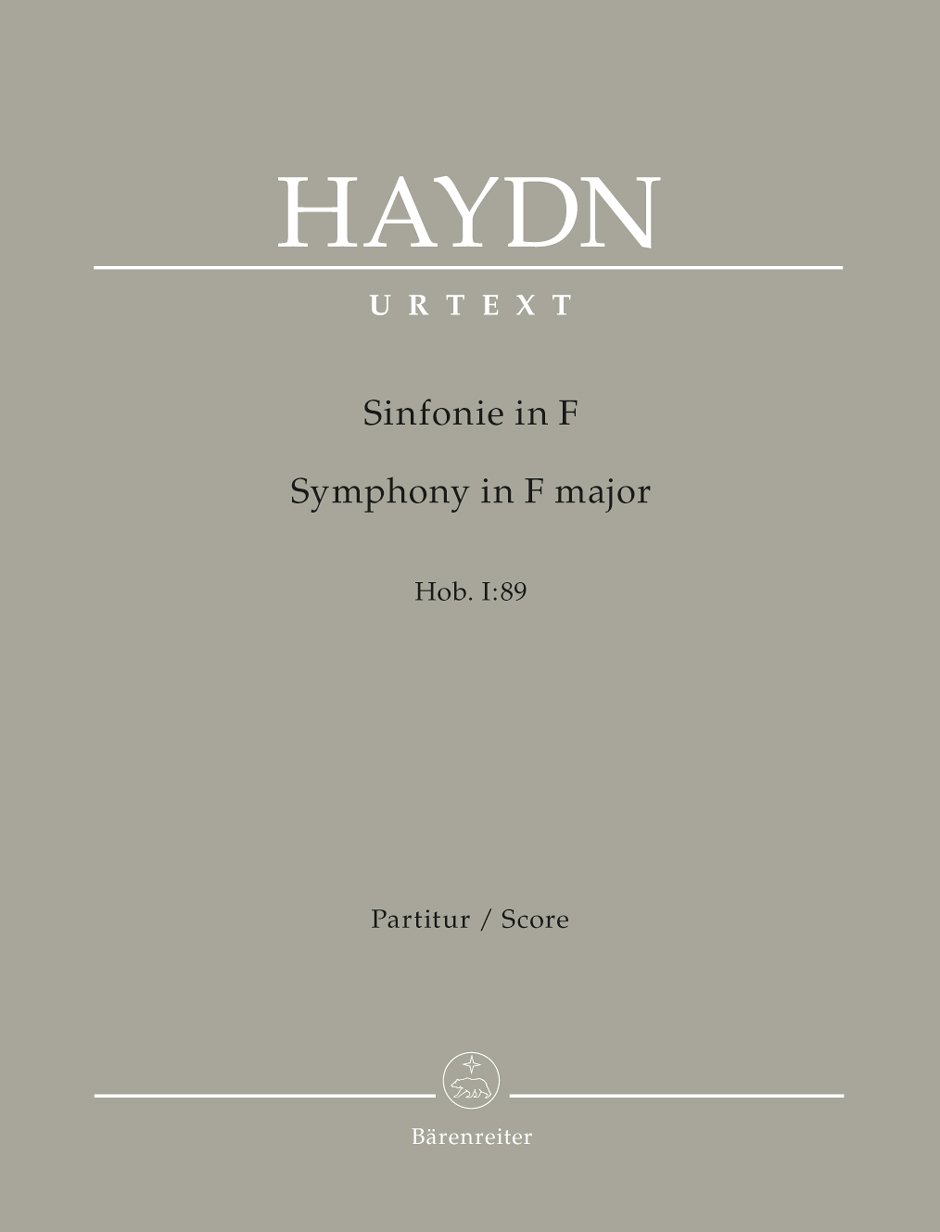 Symphony No.89 In F Hob. I, Orchestra, Score

Haydn's Symphony Hob. I:89 belongs to a group of symphonies composed between the  Paris symphonies (Hob. I:82-87) and their  London counterparts (Hob. I: 93-104) the last ones he wrote before his trips to England in 1791-92 and 1794-95. The Symphony in F major is dated 1787 in the autograph score. In this work Haydn borrowed two movements from an earlier piece, possibly owing to deadline pressure. The second and fourth movements are arrangements of movements 2 and 3 from his Concerto in F major Hob. VIIh:5 for two  lire organizzate and orchestra. The fact that he also arranged movements from his other lire concertos suggests that he regarded them as a sort of musicalquarry. This at least allowed him to recycle parts of these works after his patron had probably prohibited him from offering them commercially.