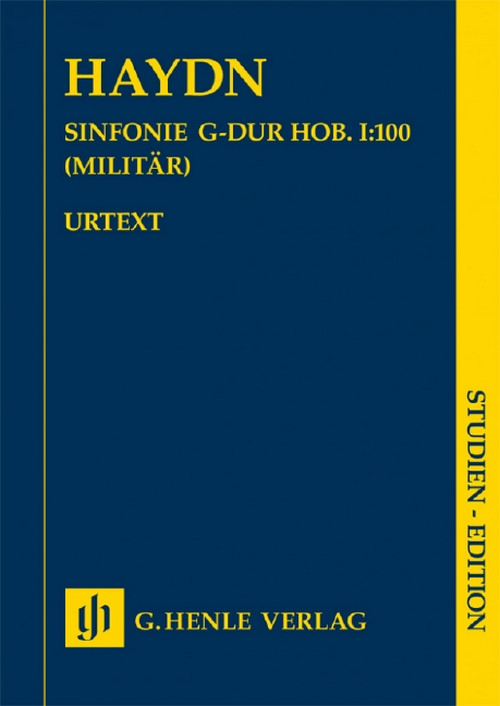 Haydn arrived in London at the beginning of February 1794 for his second stay in England. Two movements of the Symphony in G major Hob. I:100 had already been completed by then, and the finished work was premiered on 31 March. The trumpet fanfare in the second movement and the use of "janissary" percussion gave the symphony its nickname "Military Symphony," which Haydn himself even used. Its success in London was enormous; in 1794/95 alone, the work was performed nine times and thus quickly became one of the most popular Haydn symphonies of all time. To everyone wishing to become more acquainted with this symphony, let this inexpensive study edition be commended - with reliable commentaries on its genesis, sources, and edition as well as an unassailable musical text taken from the Haydn Complete Edition.