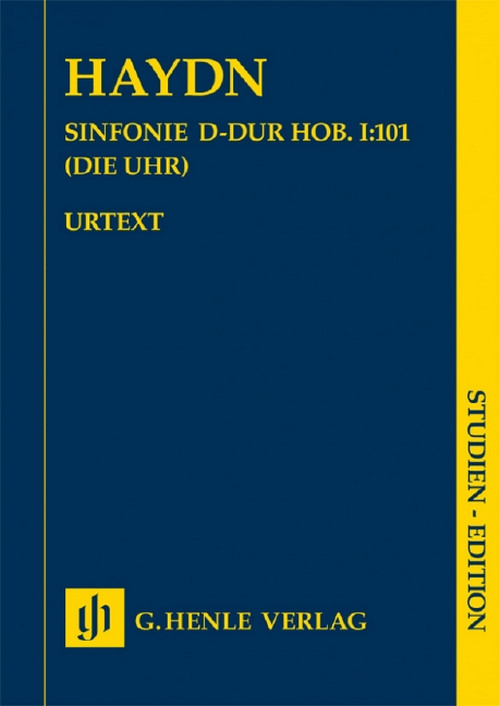 Haydn arrived in London at the beginning of February 1794 for his second stay in England. By this time, he had completed three movements of the Symphony in D major Hob. I:101, and the finished work was premiered on 3 March. Even the members of the audience at the premiere took note of the pendulum-like accompanying figure in the second movement, which was in fact explicitly mentioned in a review: "The management of the accompaniments of the andante, though perfectly simple, was masterly." The even tick-tock oscillations sparked the imagination of listeners so much, apparently, that the nickname "Clock" came into use later in the nineteenth century. And while this name may have nothing to do with Haydn - is it even possible to listen to the famous second movement today without making the association? To everyone wishing to become more acquainted with this symphony, let this inexpensive study edition be commended - with reliable commentaries on its genesis, sources, and edition as well as an unassailable musical text taken from the Haydn Complete Edition.