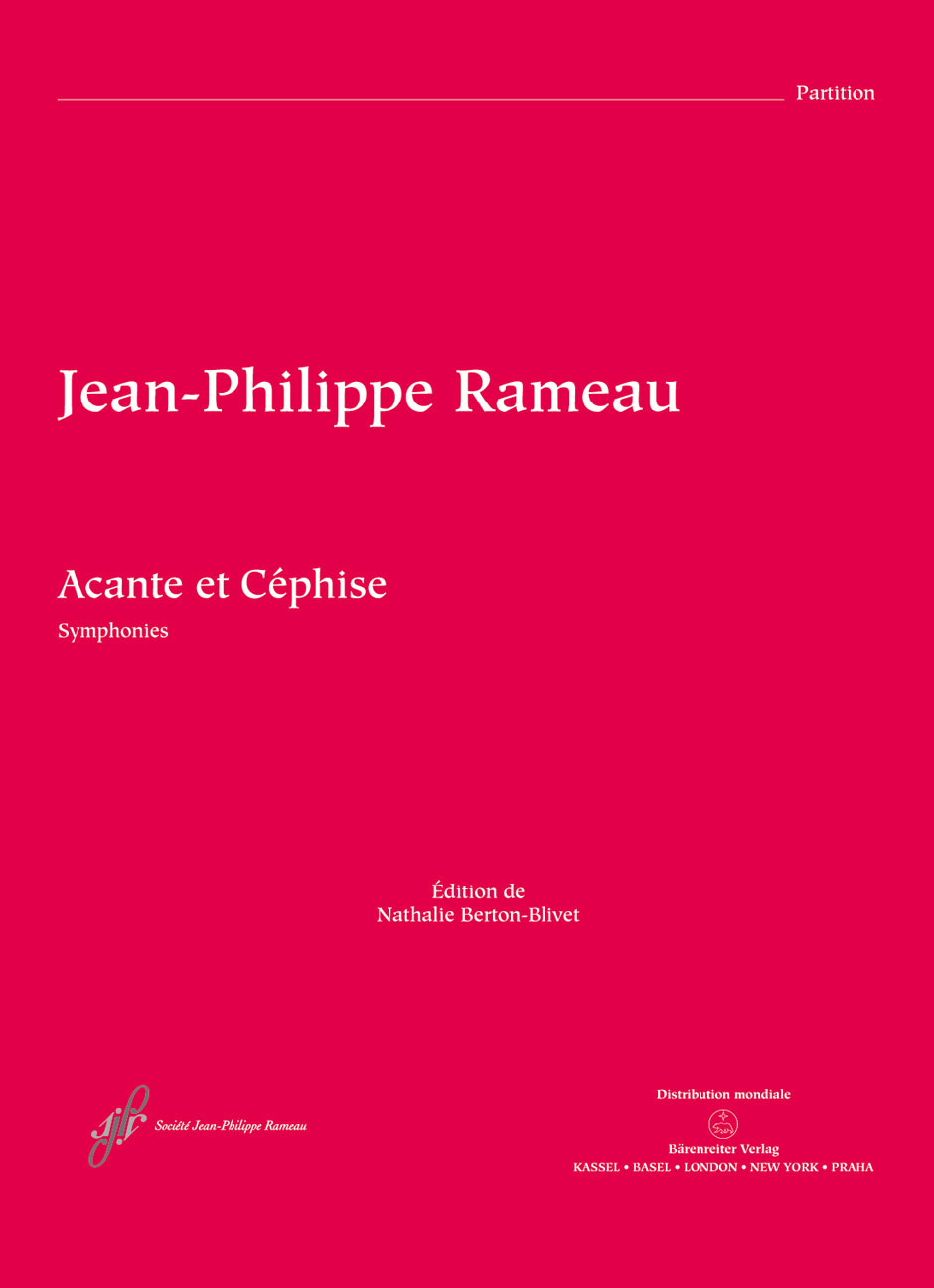 The genre  pastorale héro que is a legacy of the grand siècle of Louis XIV and in the 18th century it only rarely reached the stage. But in the second period of his career it became Rameau's preferred genre: the more unconventional world of shepherds and nymphs gave him greater freedom in terms of dramatic action, stage décor and musical virtuosity compared to the tragédielyrique. This is demonstrated to masterly effect in  Acanthe et Céphise (1751), where even the ballets are fully integrated into the plot.This edition contains all the instrumental numbers from this popular pastorale in a new critical edition by Nathalie Berthon-Blivet.