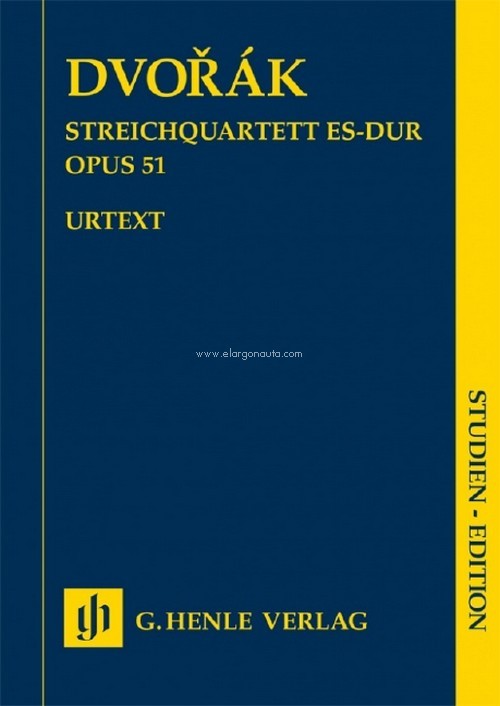 When Dvo?ák suddenly became internationally famous in 1878 with his Slavonic Dances, he received, among other things, a request for a new string quartet from Jean Becker, the first violinist of the renowned Florentine Quartet. The composer promptly began working in December 1878 and was able to complete the new piece three months later. Dvo?ák complied in a special way with the wish for a composition in "Slavonic style": each of the four movements is informed by melodies and rhythms in the style of Czech folk dances and songs. Since then, opus 51 has not only ranked among the most important works in Dvo?ák?s "Slavonic period", but also among the most popular in his chamber music oeuvre in general. Besides the first editions of the score and parts, all surviving autograph sources were consulted for this Henle Urtext edition.