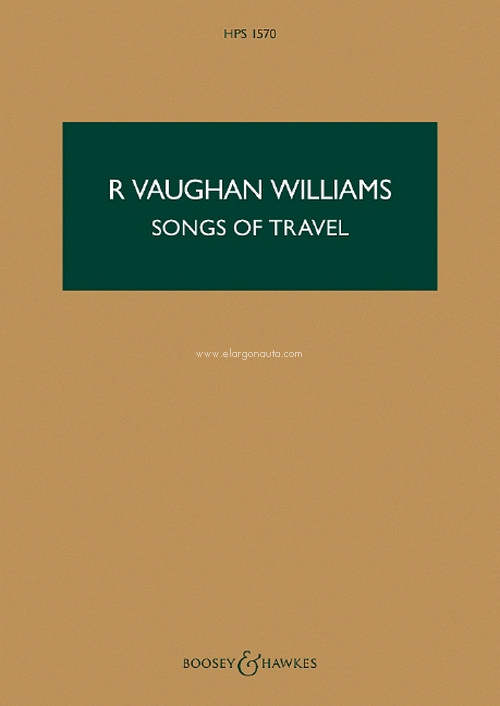 Songs of Travel HPS 1570, for voice and orchestra, study score

First publication of the orchestral cycle Songs of Travel, setting poems of Robert Louis Stevenson. Three of the nine orchestrations are by the composer, dating from 1905; the remainder were scored by his assistant Roy Douglas in 1960, two years after the composer?s death. Among the latter was the hitherto lost epilogue I have trod the upward and the downward path. In his memoir Working with Vaughan Williams Douglas wondered: Should I score them in my own style (the answer was clearly no), in the style of the orchestrations he had made in 1905, or in the way he might have scored them in 1958 (which would have been vastly different)? The final result was a typically British compromise, but I took care to use in my scoring only those instruments which he had used in 1905.