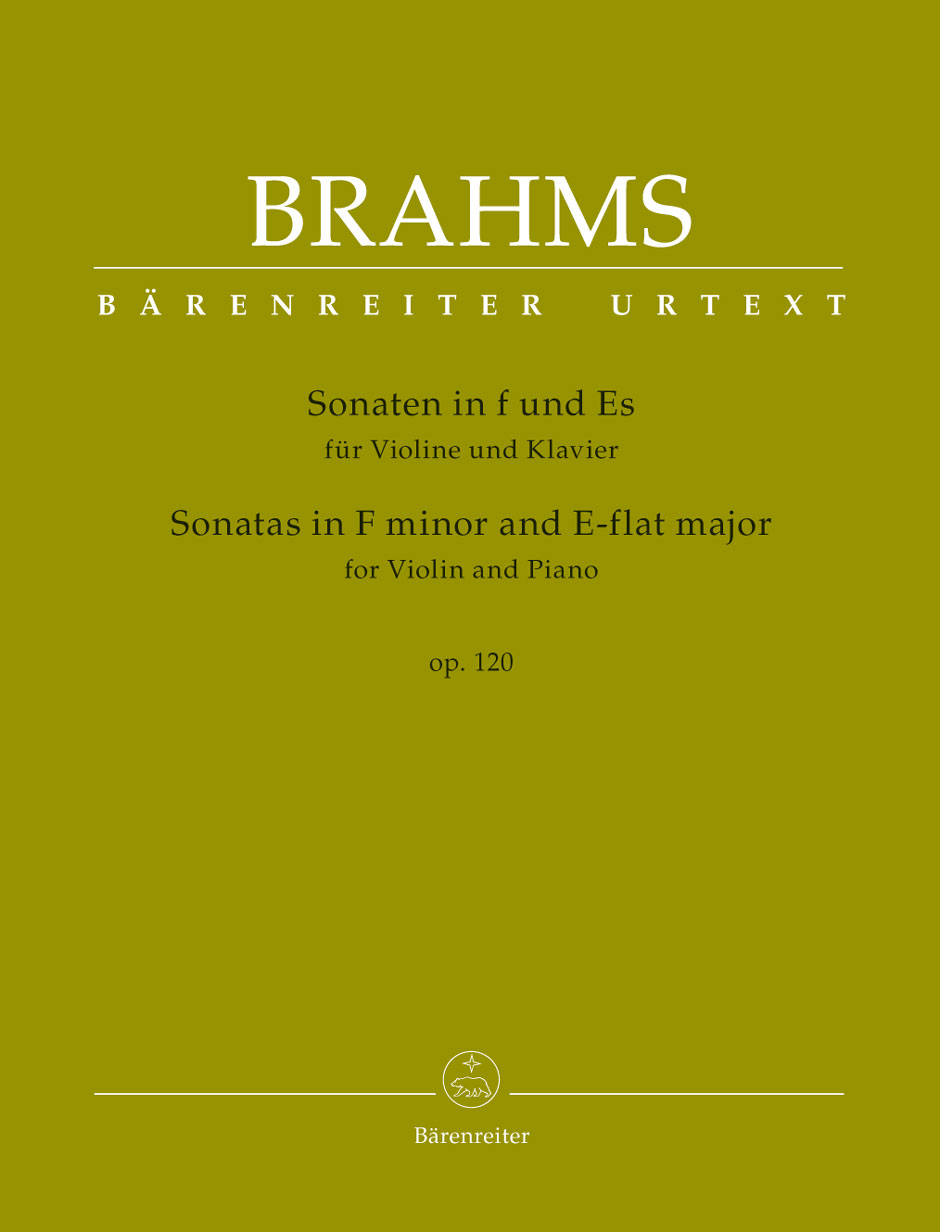 Sonatas In F Minor and E-Flat for Violin and Piano

Brahms had already announced his  retirement from composition when in the spring of 1894 he played chamber music with the cellist Robert Hausmann and the clarinettist Richard Mühlfeld. This encounter apparently renewed his enthusiasm for Mühlfeld'smuch admired playing and inspired him to write two clarinet sonatas in the summer of the same year. Brahms conceived an alternate version of the works for viola from the beginning and already before the publication of these two versions he intendedto do another one for violin, a version which was to require changes and was to result in an independent edition. While the clarinet and viola versions have developed a rich performance tradition, the violin version is almost unknown. Yet for theviolin version the composer revised the original clarinet part much more extensively than he did for the viola version and also rewrote the piano part to achieve a thoroughly convincing violin and piano idiom. This Bärenreiter edition aims to bringthe neglected violin sonatas op. 120 back into players hands.An important part of this edition is the extensive preface. Firstly it informs about the sonatas origins, their compositional process, pre-publication performances, their publication history as well as early reception. Truly remarkable is the uniquePerformance Practice Commentary. Here the editors start from the premise that already a few decades after Brahms death, a widening gulf developed between the composers expectations and the performance practices of the early 20th century. On thebasis of manifold sources which include memoirs by pupils and chamber music partners, treatises and essays, early instructive editions and historical recordings, the editors deal with key issues in understanding Brahms notation. By asection-by-section analysis of rhythm and timing, dynamics and accentuation, dots and strokes, slurring and non legato, piano pedalling and overholding, piano arpeggiation and dislocation, string instrument fingering, string instrument harmonics andvibrato, the editors provide an indispensable assistance for a historically informed interpretation of the works.At the same time, the edition offers an exciting and often surprising insight into musical interpretation of the German Romantic Era in general.- A pioneering Urtext edition- With an unmarked Urtext part- With a second part including fingering and bowing based on the practices of contemporaries of Brahms- With an extensive Performance Practice Commentary- For further information on Romantic performance practice we recommend the text booklet:  Performance Practices in Johannes Brahms Chamber Music , BA 9600