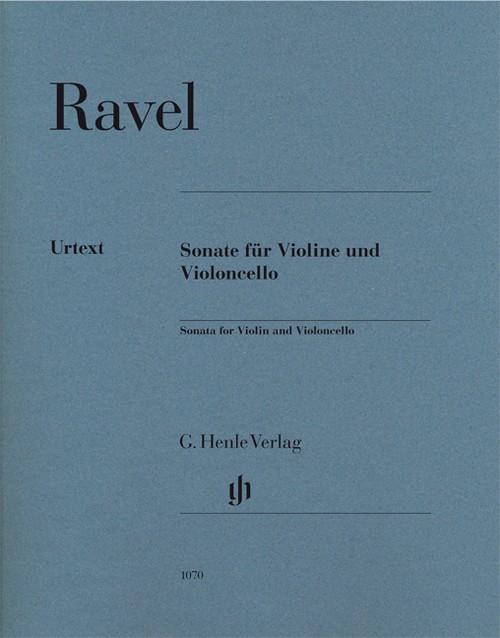 At the first performances of this sonata, composed between 1920 and 1922, even close friends of the composer were perturbed: Following the intoxicating sounds of La Valse, the smaller scoring and modern musical language of the sonata were a shock. Yet this pioneering work has now become a permanent fixture on the concert stage. To help the players, we are now presenting two performance scores in which the other instrument?s part is also given. Both parts are included in a marked and an unmarked version. The world-renowned musicians Heinrich Schiff and Frank Peter Zimmermann provided the fingerings.