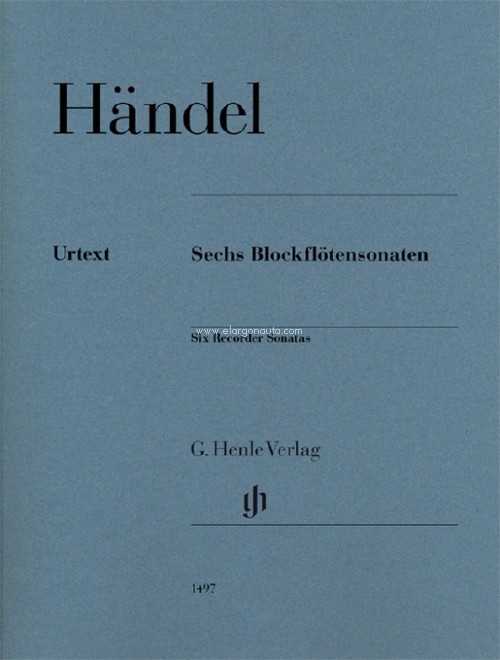 At the beginning of the 18th century, the recorder enjoyed great popularity as a solo instrument for amateurs. Among these were also the princesses of the English court, for whose musical entertainment and training Handel?s six recorder sonatas were probably written in 1725/26. Only four of them appeared shortly thereafter in print and thus also reached a broader audience; the other two were first discovered for the recorder in the 20th century. Thanks to their melodic and rhythmic incisiveness, the pieces, whose recorder parts are relatively easily mastered, number among the most beautiful written for this instrument. Owing to wide-ranging bass lines and copious figures, the continuo instrument requires a rather well-versed player. In the score of the Urtext edition, Ullrich Scheideler provides a moderate continuo realisation; the additionally included performance score with figured basso part offers the advanced musician latitude for his/her own improvisation.