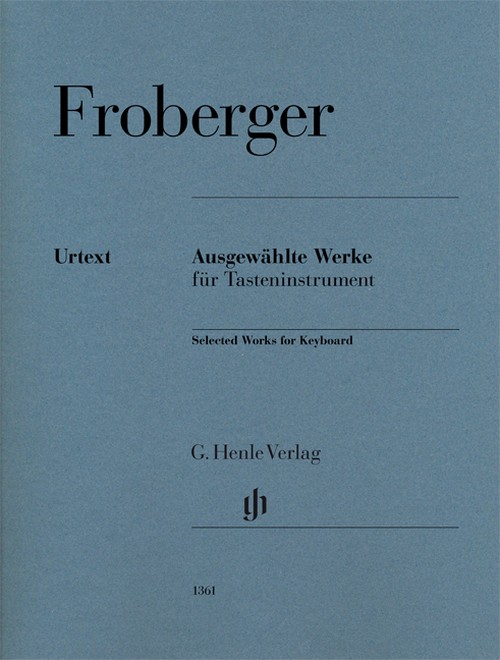 To celebrate Froberger?s 400th birthday in 2016, Henle Verlag is are presenting an attractive, handy volume containing four works from his pen. A toccata, a fantasia, and a canzona invite us on a musical journey of discovery into his early-Baroque musical world. The volume concludes with his well-known variations "auff die Mayerin", a work that has enabled Froberger?s music to succeed in enthusing pianists as well as harpsichordists of our time. Edited by Froberger expert Peter Wollny, this Henle edition will leave no wishes unfulfilled!