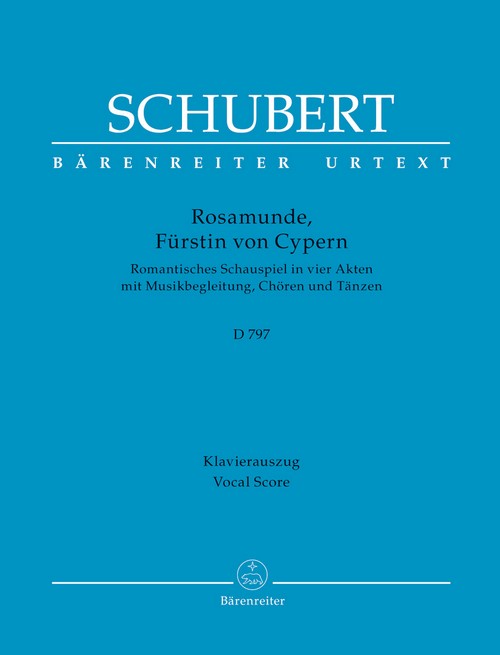 Performance material available on hire. On 20 December 1823 Helmina von Chezy's "great romantic drama" Rosamunde received its premiere performance at Vienna's Theater an der Wien. Unfortunately this version of the drama with ghosts, shipwreck, pirates, attempted poisoning and other horrifying ingredients has not survived unlike Schubert's popular incidental music which was already praised by contemporary critics. Special acknowledgment was given to the "genius of this much-loved master", and as evidence of its popularity, the overture and the Hunters' Chorus had to be played again. Now Barenreiter is issuing one of Schubert's best-known compositions in a complete vocalscore. The appendix includes Chezy's draft to the play Rosamunde and a reconstruction of the first version of this drama.