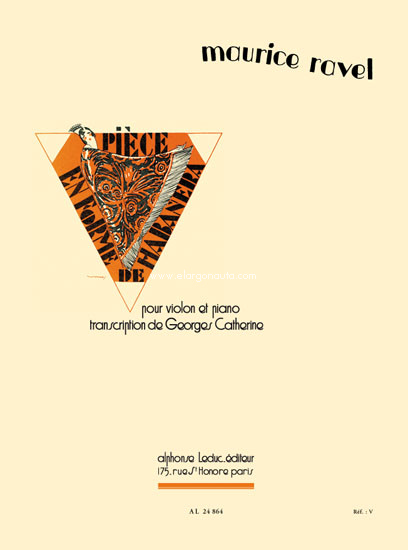 Initially composed in 1907 for Bass Voice and Piano, Habanera by Maurice Ravel was transcribed for Violin and Piano for this edition, which can be used for both recitals and exams.
Based on a Cuban Contradanza, it features a special Habanera rhythm and is generally performed with sung lyrics. In this edition, the Violin is a substitute for the voice.

While composing this piece, Maurice Ravel was also working on two works with Spanish influence: 'The Spanish Rhapsody' and 'The Spanish Hour'.

Maurice Ravel (1875-1937) was a French composer who was famous for his contributions to the'Impressionist' genre of classical music. He wrote numerous pieces, including 'Daphnis and Chloé' and the famous 'Bolero'.