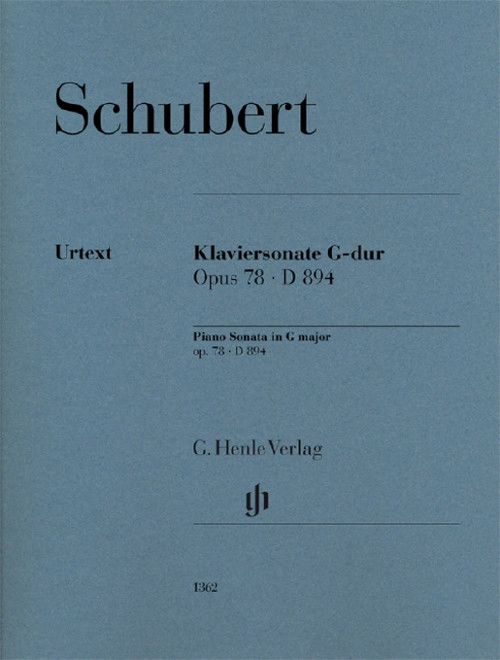 The large and technically demanding G major Sonata was composed two years before Schubert?s death in October 1826 and is one of only three piano sonatas that appeared in print during his lifetime. The unusual title of the first edition "Fantasie, Andante, Menuetto und Allegretto" stems from the publisher Haslinger and is probably due to the dreamy-melancholy underlying mood of the first movement which corresponded little to the traditional concepts of a sonata?s first movement. It is hardly surprising that the "Fantasy-Sonata", as it is often still called today, later inspired artists such as Franz Liszt and Robert Schumann with its free and romantic nature, who described it as being consummate "in form and spirit". For the present Urtext edition a thorough re-examination of all known sources was undertaken, including the autograph in the British Library, and the edition now presents itself with the usual crystal clear Henle music engraving. The preface by Schubert expert Andrea Lindmayr-Brandl and the detailed commentary section provide comprehensive information about the genesis of the work, the sources and their readings. A further highlight are the fingerings by pianist Martin Helmchen.