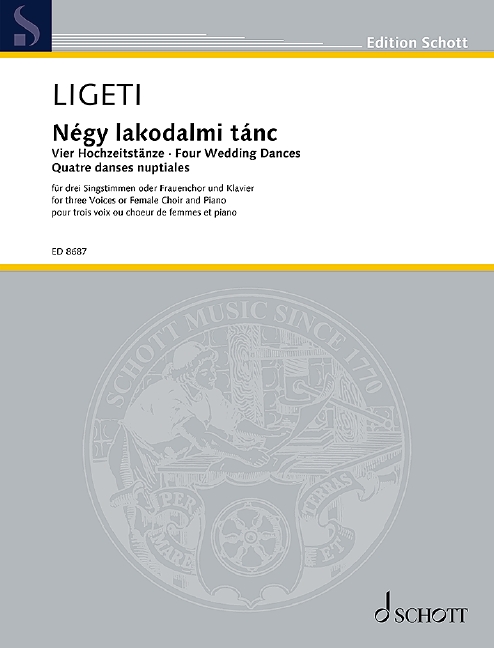 Since the time of his childhood in Transylvania, Ligeti had been familiar with both Hungarian and Romanian folk music. He makes reference to approximately fifty folk song arrangements similar to Négy lakodalmi tánc which he had completed in the early phases of his compositional career. The four individual song texts highlight a wide range of aspects of a wedding. The first poem describes the bride's happiness and how beautifully she will be dressed, but also displays her hesitance, insecurity and fear of a future as a bird in a cage. In the second poem, the bride is unwilling to enter into marriage; she fears that the preparations which have been undertaken are insufficent. The young girl in the third poem is full of pride and wishes to be the bride, the most seemly, to look at with pride, but also naturally hopes that she will yield a flower, not just a dry stalk. The subject of the final poem is the bridgeroom whose thoughts on his wedding are full of optimism if his uncle plays the violin at the ceremony.