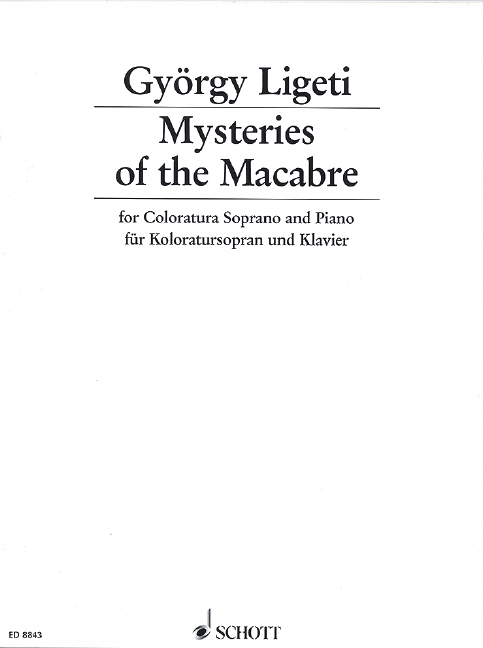 Mysteries of the Macabre, Three arias from the opera Le Grand Macabre, coloratura soprano and piano

I composed my opera Le Grand Macabre from 1974 to 1997. The Mysteries of the Macabre are arrangements of three coloratura arias of the chief of the "Secret Political Police" which have been arranged (beautifully!) for chamber ensemble by Elgar Howarth. My friend Howarth had conducted the world premiere of the opera in Stockholm in 1978 and some of the further productions. The half-nonsense text is an immediate - however more accurate - continuation of the idea of my works Aventures and Nouvelles Aventures, but there is no chromatics in the music any more.