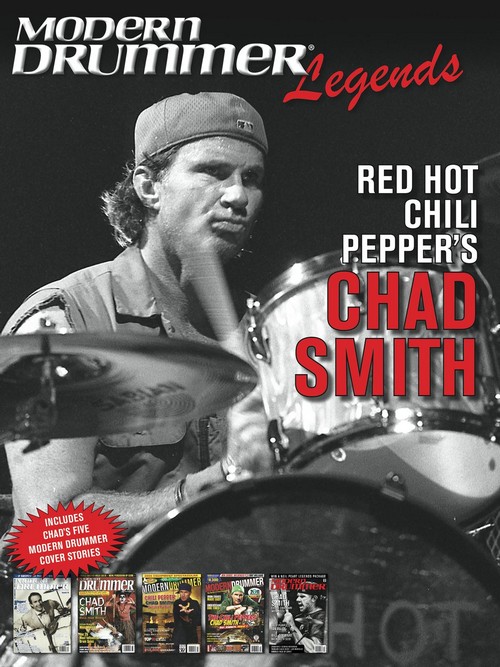 Chad Smith's career has been well documented, and his five Modern Drummer cover features have provided a detailed commentary and an array of unique photos. All of this is collected in Chad Smith Legends. But there is a lot thatChad hasn't talked about ... yet. A brand-new interview breaks down his approach like never before. He talks about his favorite music, the roots of Detroit drumming, and the importance of playing music with absolute conviction.Chad talks about the differences between playing in the Red Hot Chili Peppers, Chickenfoot, and on his many sessions. Apart from Chad's own words, Chad Smith Legends also includes 12 new drum transcriptions. Within these 112pages, music lovers and musicians alike will be inspired by Chad's thoughts on music, his drumming peers and influences, his equipment, and never-before-seen photos from his own collection.