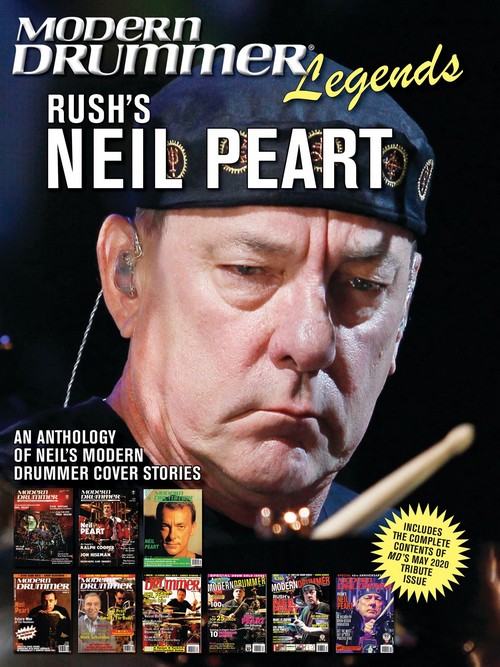 Neil Peart's ten appearances on the cover of Modern Drummer magazine span the years 1980, when he was five albums and several tours into his historic run with the Canadian progressive rock band Rush, and 2020, the year of his passing. No other drummer has come close to appearing so many times on the front of a drum publication, certainly not the world's most recognized one. This, the first installment in Modern Drummer magazine's Legends book series, collects all nine of Peart's cover stories, plus the complete contents of his May 2020 Modern Drummer tribute issue. Highlights include analyses of Neil's performances on every Rush studio album, a survey of the evolution of his famous live drumkits, transcriptions of deep Rush cuts, and much more.