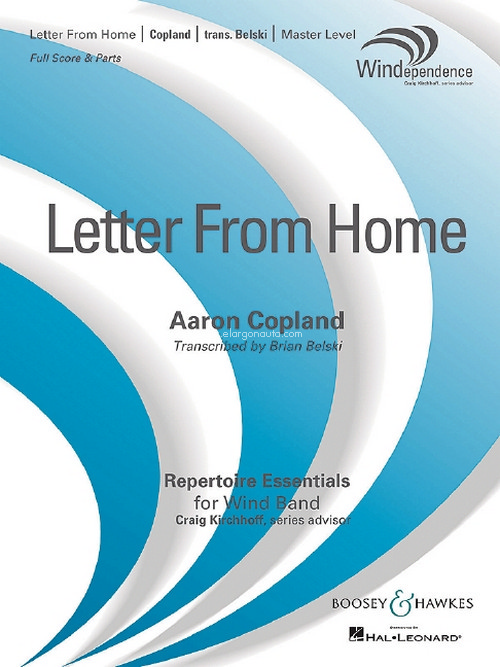 Letter from Home was commissioned as a patriotic work in 1944 by Paul Whiteman and his Radio Hall of Fame Orchestra. Composed toward the end of the Second World War, this music suggests the emotions of a soldier reading a letter from home. The music has been described as Copland's 'most sentimental' and reflects his own homesickness while visiting Mexico. This sensitive transcription by Brian Belski has produced another wonderful wind band setting from America's most iconic composer." Craig Kirchoff (Windependence Series Editor)