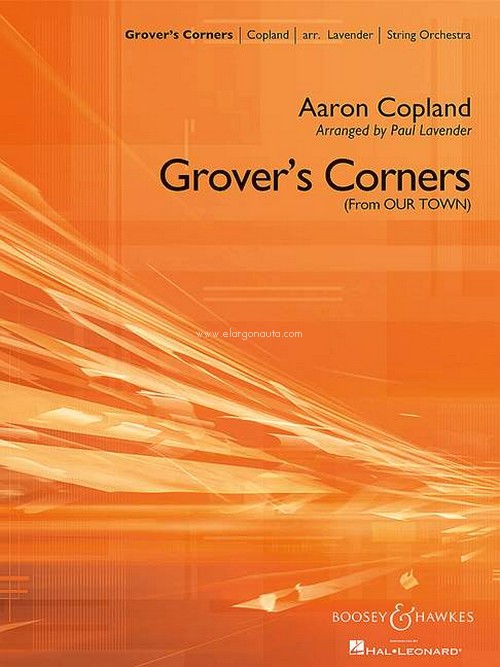 Grover's Corners, from 'Our Town', for string orchestra and glockenspiel, score and parts

Taken from his own concert suite (dedicated to Leonard Bernstein) of his film score, Copland's own words best describe the musical approach to "Grover's Corners". He explained, "For the film version, they were counting on the music to translate the transcendental aspects of the story. I tried for clean and clear sounds and in general used straight-forward harmonies and rhythms that would project the serenity and sense of security of the story."