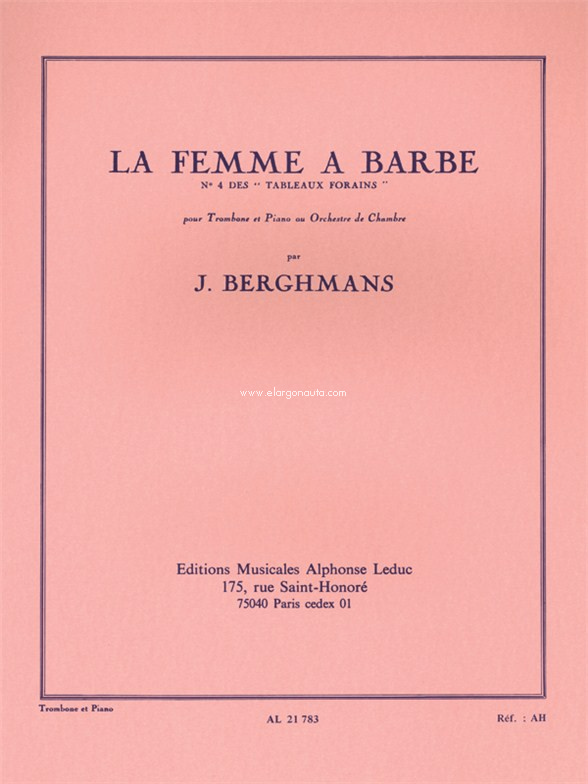 French composer and musicologist José Berghmans (1921-1992) studied at the Brussels Conservatory and at the Paris Conservatoire under Olivier Messiaen. His La Femme A Barbe remains popular within the Trombone repertoire.