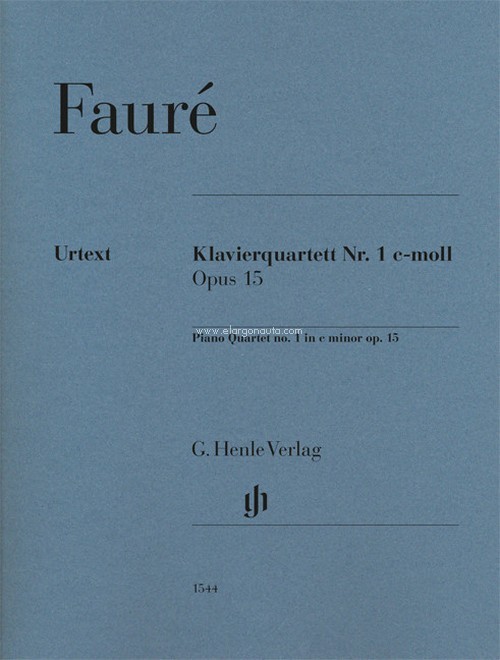 Directly after composing his first violin sonata, Fauré wrote another great chamber music work with the Piano Quartet op. 15. This youthful, fresh composition met with wide approval at its premiere in February 1880, however, a little later, friends expressed some reservations about the last movement. Fauré then even composed an entirely new Finale, although this was only after a period of reflection of three years. With this new final movement, op. 15 quickly found its way into concert halls and is now regarded as one of the most important and popular French chamber music works of the late 19th century. The fingering in the piano part has been added by a specialist in "musique française", the French pianist Pascal Rogé.