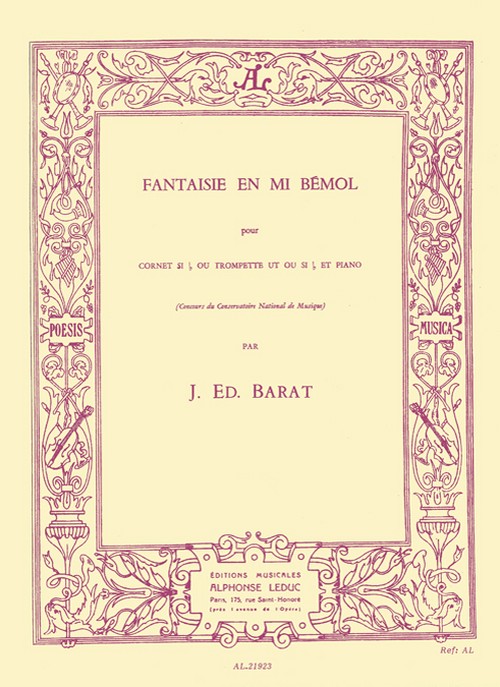 French composer Joseph Edouard Barat (1882-1964) studied at the Paris Conservatoire and went on to become a military bandmaster in Lyon. It is clear that his compositions are influenced by his work with military bands, as is the case with his popular Fantaisie in E? minor.

Composed in 1958, towards the end of the composer's life, this Barat work is adaptable to both Cornet and Trumpet. The piece contains many tempo changes and lots of dynamic contrast, making for a dramatic yet enjoyable performance. Often performed for exams and solo recitals, Barat's Fantaisie in E? minor remains popular to thisday.