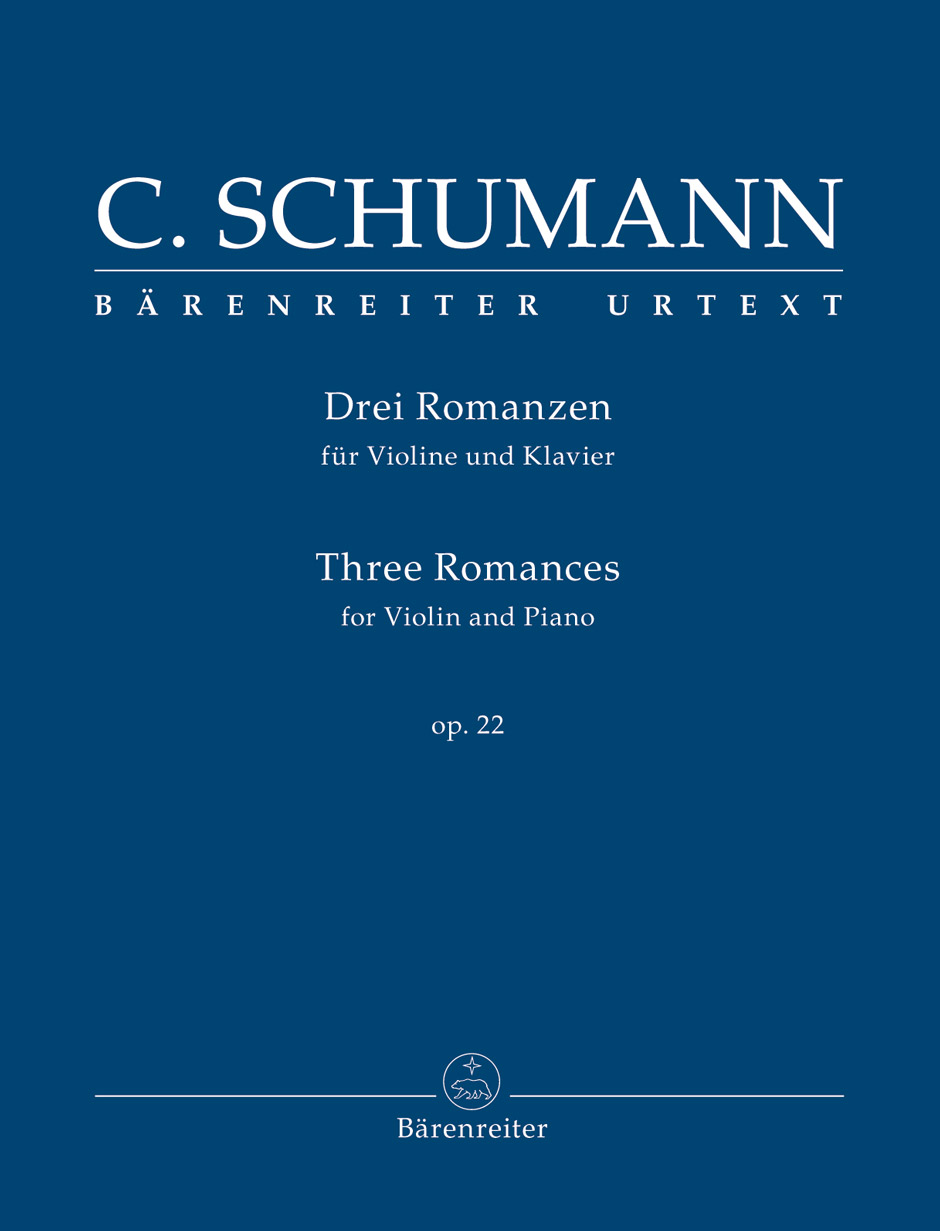 The Romances op. 22 are today among Clara Schumann's most popular chamber music works. For violinists and pianists, they're also of particular importance due to the wealth of information by Schumann, Joseph Joachim, and WilhelmJoseph von Wasielewski on fingering, bowing, and phrasing in these three pieces.
While working on the composition and publication of the Romances op. 22, Schumann was in close contact with these two great violinists of thenineteenth century. She consulted Wasielewski while completing an early version of Romance no. 1, while Joachim was involved in a later, complete version and the preparation of the first edition.
Jacqueline Ross'scholarly-critical edition is the first to include, in addition to the first edition, the numerous manuscript sources that survive today, such as: Schumann's draft manuscript, presentation autographs for Wasielewski and Joachim,as well as copyists' parts once owned by the two violinists.
This edition has two separate parts for the violin, allowing its use in two ways: first, as a straightforward Urtext edition: and second, as an edition informed byhistorical performing practice, supported by the detailed Performing Practice Commentary on nineteenth-century violin and piano technique.