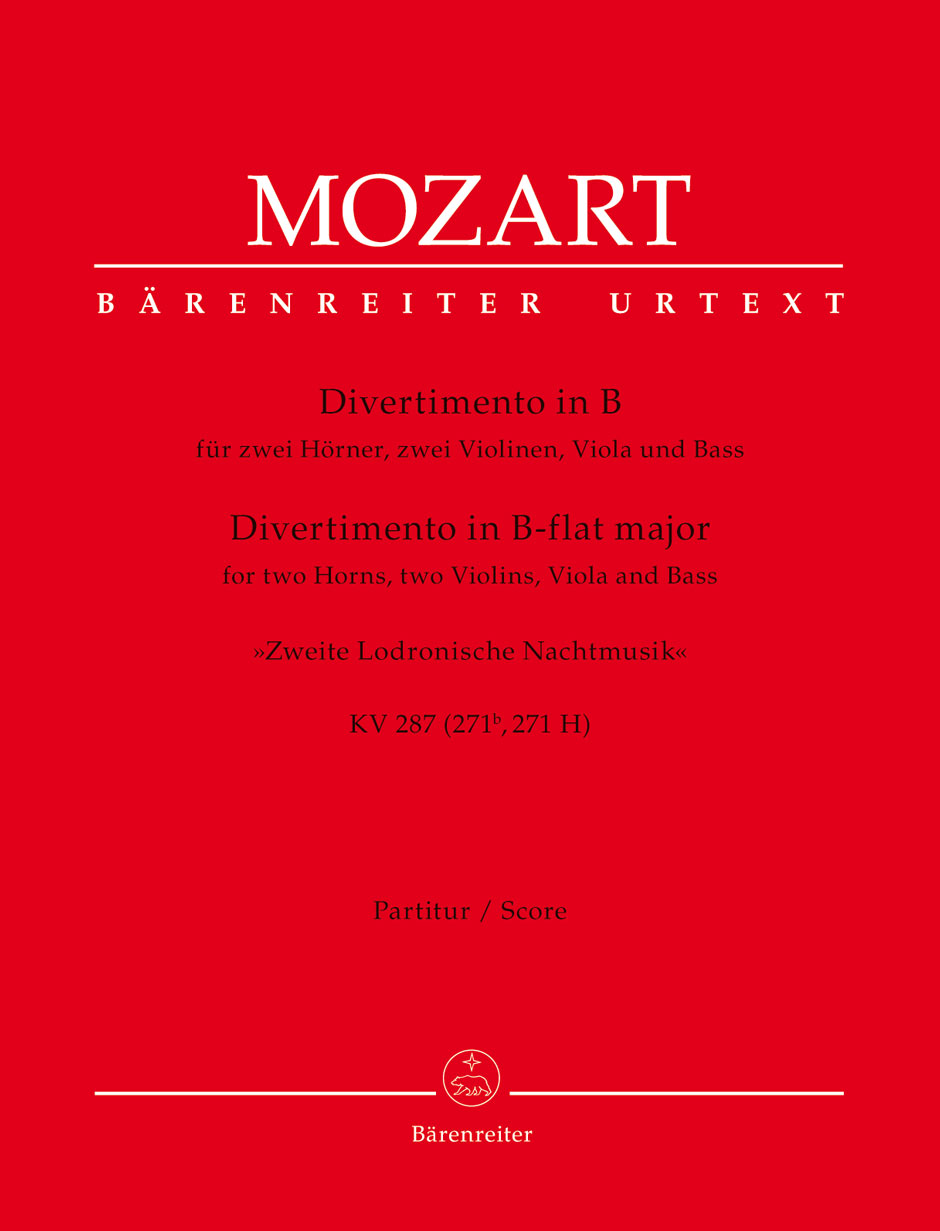 Mozart composed his two  Lodron Serenades for open-air performances on the name day of Countess Antonia Lodron in June 1776 and 1777. Their bright  al fresco character is immediately recognisable. Alfred Einstein consideredthese two divertimentos to be  among the purest, gayest, most satisfying, and most perfect that ever assumed musical form .
For both works Mozart chose an ensemble of two horns, two violins, viola and bass instruments. However,the second Lodron Serenade, the Divertimento in B-flat major K. 287, stands out from this sextet format by assigning a remarkably virtuosic solo role to the first violin, from the richly diverse opening movement to the finale withits almost ironic recitative and an exhilarating passage on the folk song  D'Bäurin hat d'Katz verlorn . Mozart himself played first violin in the 1777 performance. Later he wrote,  They all opened their eyes! I played as though Iwere the finest fiddler in all Europe .