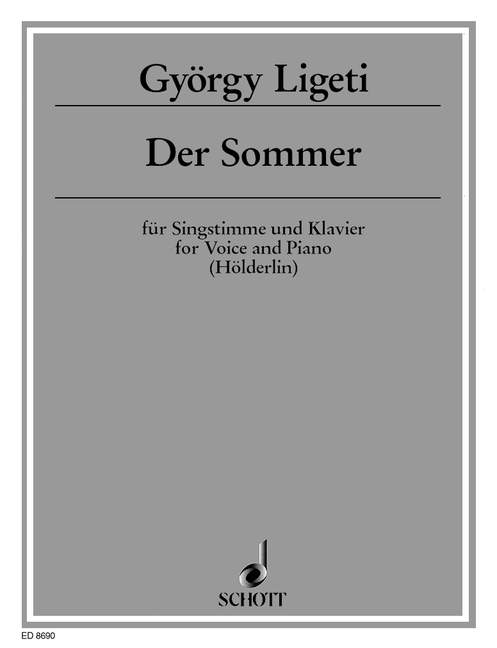 Der Sommer, based on Friedrich Hölderlin, voice and piano

Those familiar with Ligeti?s vocal compositions will be surprised by this seemingly simple and plain musical miniature after a poem by Hölderlin. Even though composed during the same period as the "Nonsense Madrigals" with their labyrinthine rhythms and their novel diatonic harmonies, the piece harks back to the 19th century as far as Schubert in its use of traditional means to convey the striking atmosphere and mellow summery mood of the poem.