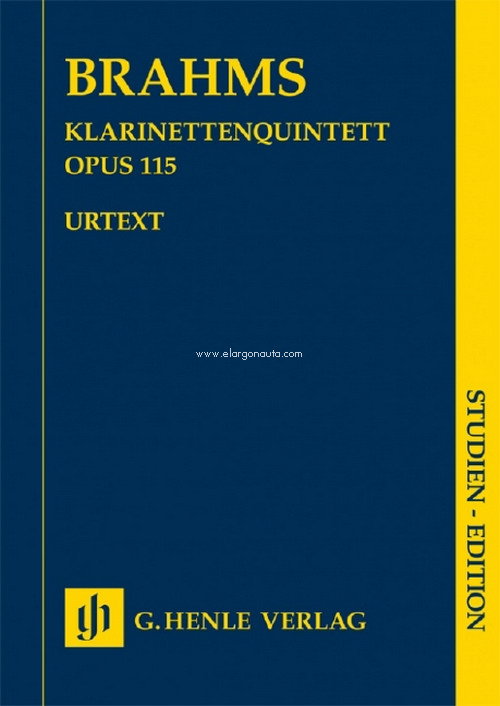 Brahms had in fact wanted to stop composing in 1890, but his encounter with the clarinettist Richard Mühlfeld inspired him so much that he produced several works in a row for him over a brief period of time. The melodious Quintet op. 115 has been popular with musicians and audiences alike since its premiere in 1891. Even prior to printing - and presumably with a view toward further dissemination of the work - an alternate version was written with viola instead of clarinet, premiered by no less than Joseph Joachim and authorised by Brahms. The Henle Urtext edition, revised according the text of the New Brahms Complete Edition, thus also includes the alternate viola part. In a brief preface, editor Kathrin Kirsch provides insight into the genesis of the work and discusses interesting variants of transmission in the Comments.