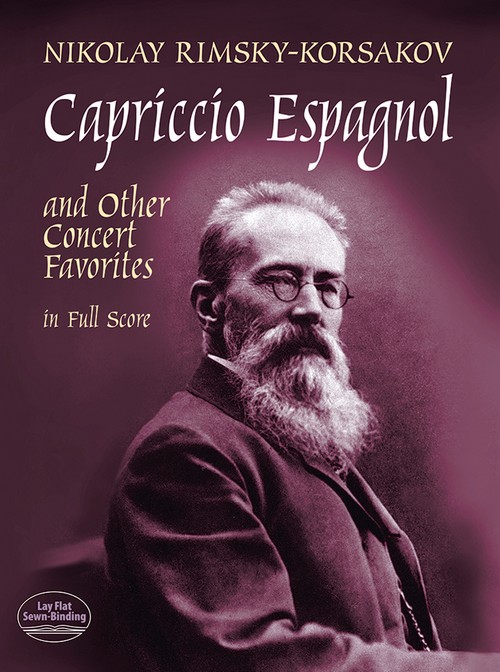 A towering figure among Russian composers of the late 19th century, Nikolay Rimsky- Korsakov (1844-1908) was ane of music's master orchestrators. His artistry and innovations in controlling instrumental mass and color influenced an entire generation of composers- among them, his pupils Igor Stravinsky and Ottorino Respighi, as well as Debussy, Ravel, Holst and other important figures of the early 20th century.
His mastery of the orchestral palette is the essential element of Rimsky- Korsakov's Capriccio Espagnol-based on gypsy airs and dances-one of the most popular and vivacious works in the entire symphonic literature. By contrast, his Russian Easter Festival is a dark-hued, massive work of great strength and depth. "It was this legendary and pagan side of the holiday," the composer wrote,"-this transition from the bleak, strange evening of Passion Saturday to the unleashed pagan-religious merrymaking of Easter Sunday mom-that I wanted to express in my Overture." Rounding out this feast of sound and orchestral color is an entirely different element: the delightful, sprightly comedy piece written for Rimsky-Korsakov's opera Snow Maiden-the rollicking Dance of the Buffoons.
Reproduced from earIy authoritative scores, these three works present all lovers of music and students of orchestral art with a symphonic encyclopedia -superb examples of instrumental timbre, mass and ensemble.
Original Dover (1998) compilation of three orchestral works originally published separately in authoritative editions.

- Dance of the Buffoons. From the opera Snow Maiden (1877-1882)
Instrumentation
Music