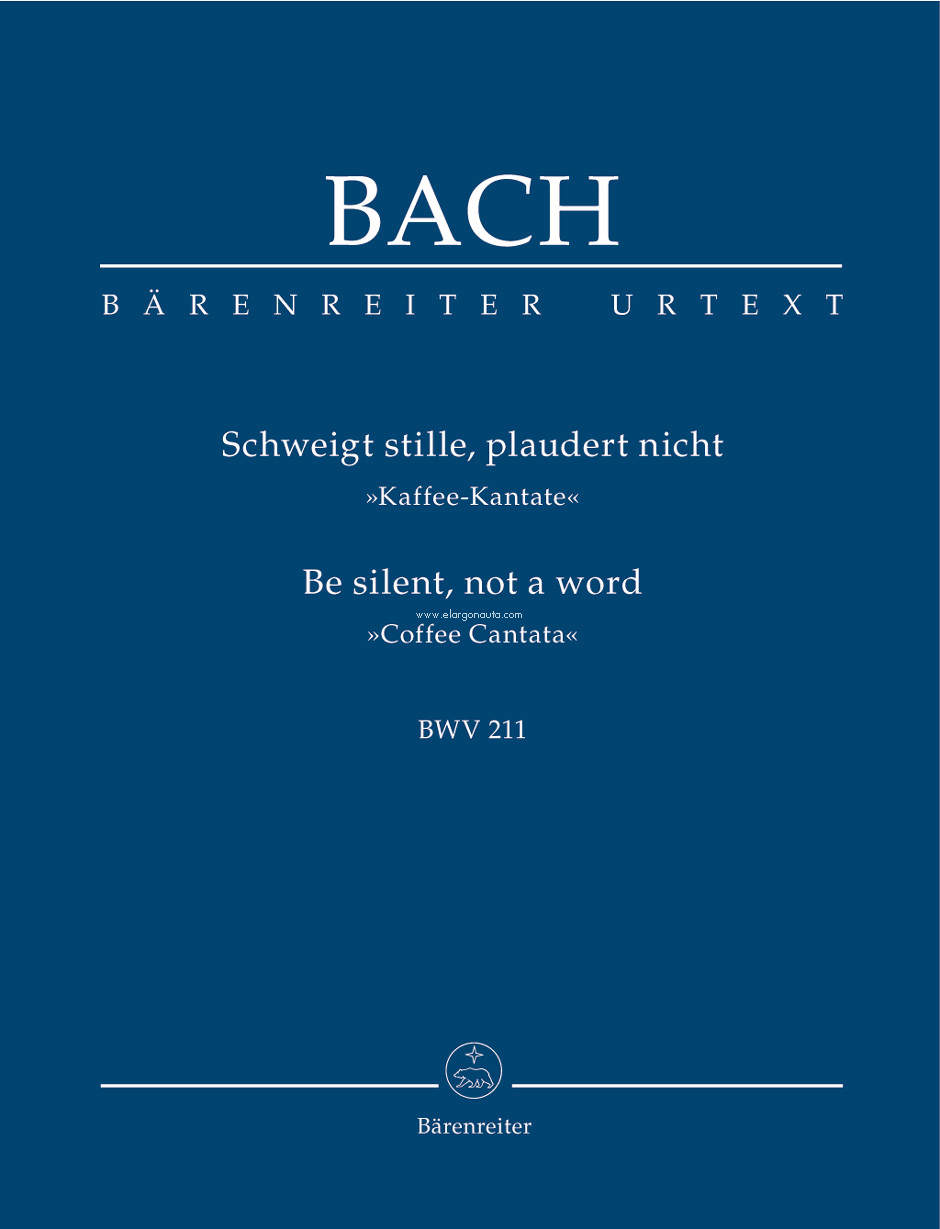 Cantata No.211: Schweigt stille, plaudert nicht (Be quiet, chatter not) BWV 211.The Coffee Cantata (BA 10211) and the Peasant Cantata (BA 10212) both on librettos by Picander , are among the best-known and most frequently performed of Bach's secular cantatas.Written in or around 1733, the Coffee Cantata deals humorously with the importance of the newly fashionable beverage. This is demonstrated in the soprano aria 'Ah, how sweet the coffee tastes, lovelier than a thousand kisses, milder than Muscatel'.Both cantatas reveal Bach's mastery in their unusual subject-matter, formal design, andmusical workmanship. Now they appear in separate editions based on the 'New Bach Edition' with straightforward and easy-to-play piano reductions by Andreas Köhs.- Urtext of the 'New Bach Edition'.- Straightforward and easy-to-play piano reduction.- Vocal score (BA10211-90), performance material (BA10211) and study score (TP1211) available for sale