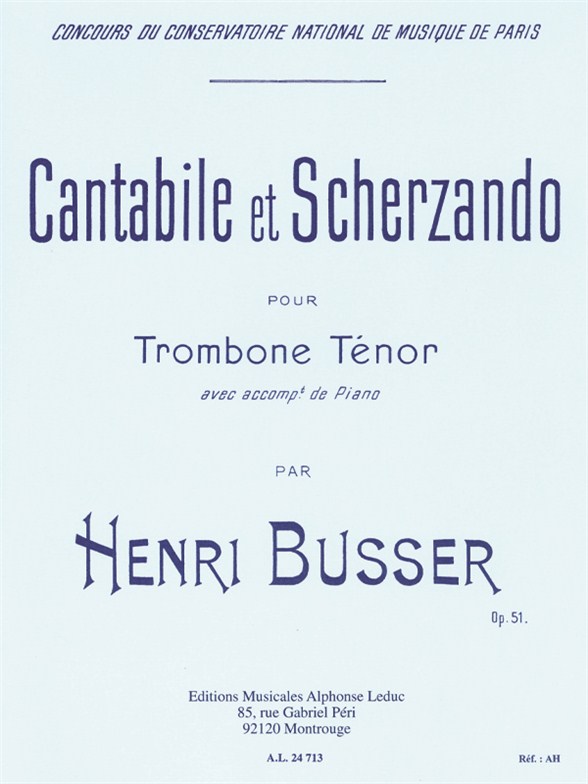 French composer, Henri Büsser entered the Paris Conservatoire in 1889. He won the 1893 Prix de Rome and led a highly successful career as a composer, conductor, teacher and organist. His compositions for a variety of instruments are exceptional, Cantabile Et Scherzando for Trombone and Piano being no exception.

As reflected in Cantabile Et Scherzando, Büsser's compositional style was sophisticated, yet true to the 19th century French tradition. Elements of the Cantabile include include, legato phrasing, dotted rhythms and triplets, superbly contrasted in the Scherzando by staccato rhythms, a quick tempo and scalic passages. For all advanced Trombone players, Büsser's Cantabile et Scherzando is essential to a varied repertoire.