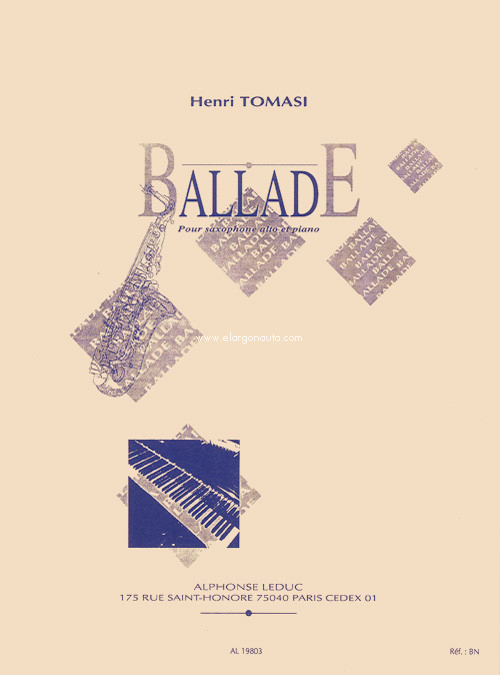 Ballade for Alto Saxophone and Piano was composed in 1938 by the French composer Henri Tomasi (1901-1971). Introduced by a poem by Suzanne Mallard, his wife, Ballade is a 15-minute work that covers and alternates between different styles such as Andantino, Guigue and Blues.

The poem refers to a clown who claims his story to the night. It is a short poem of four verses, composed with rhymes in A/B/A/B formation.

Henri Tomasi, who won the Grand Prix de Rome in 1927, also composed a variety of concertos for Alto Saxophone, for Trumpet and for Trombone, as well as some ballades.