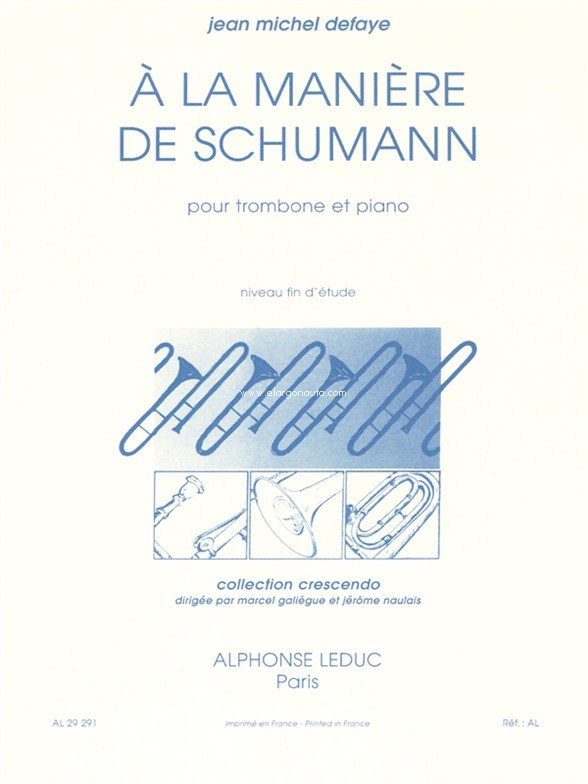 French pianist, arranger, composer and conductor, Jean-Michel Defaye (b. 1932) entered the Paris Conservatoire at the mere age of ten years old. His successful compositions and arrangements are mainly for brass, À La Manière De Schumann, composed in 2000, being no exception.

With a typical performance lasting about four and a half minutes, Defaye's À La Manière De Schumann is so named due to the composer drawing on compositional techniques of the great Robert Schumann. For all aspiring trombonists wishing to vary and expand their repertoire, À La Manière DeSchumann by Jean-Michel Defaye is essential.