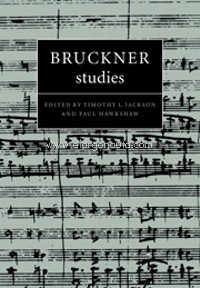 Bruckner Studies, first published in 1997, presents musicological and theoretical research on the life and music of Anton Bruckner. It is one of the most important English-language books on the composer since Robert Simpson's The Essence of Bruckner. The essays provide fresh biographical insights into his enigmatic personality, working procedures, and circle of students and friends; consider the fascinating history of the dissemination of his music during his lifetime and in this century, including its reception in Nazi Germany; and provide analytical perspectives on his musical style and its origins. The volume challenges the reader to reassess the man and his music in a fresh light, unencumbered by decades of special interest and propaganda which have coloured perceptions of Bruckner for more than a century.