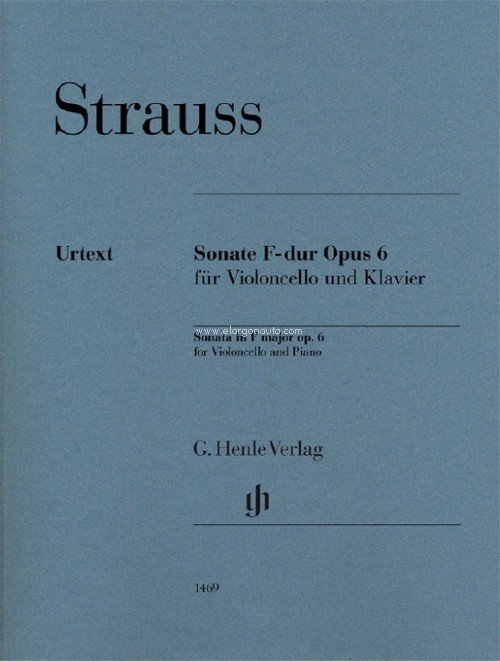 Aside from the Piano Quartet op. 13 and the Violin Sonata op. 18, the Cello Sonata op. 6 numbers among the most mature works of chamber music from Strauss? early ?uvre. The influences of Mendelssohn, Schumann, and Brahms are noticeable, while leaving sufficient space for a very personal tonal language, often with surprising rhythmic and harmonic turns of phrase. Strauss subjected the first version completed in early 1881 to a radical revision over the winter of 1882/83; the opening movement was thoroughly reworked, the two subsequent movements rewritten completely. It was worth it, because after the premiere in Dresden, the composer wrote to his mother, "My sonata garnered extraordinary acclaim, the applause was enormous, congratulations came to me from all sides."